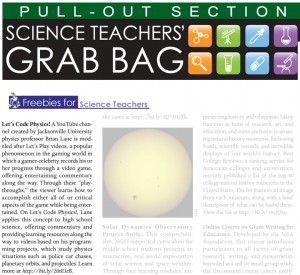 The first Florida summit to address how nurses can improve patient safety comes to Jacksonville University’s Brooks Rehabilitation College of Healthcare Sciences Friday, March 4, with top experts discussing topics such as how to decrease bullying in the workplace and …

END_OF_DOCUMENT_TOKEN_TO_BE_REPLACED

Jacksonville University is partnering with Duval County Public Schools to provide additional speech and language services to the GRASP Academy, an innovative choice school that assists students who have documented challenges in reading, writing and math.

Starting in January of …

END_OF_DOCUMENT_TOKEN_TO_BE_REPLACED

February 1, 2016 Comments Off on RIVER LIFE: Understanding climate change, our role … and a long, long time ago

Jacksonville is too close to

January 27, 2016 Comments Off on Sleuthing the Keys: what (or who) is the culprit behind coral reef decline?

END_OF_DOCUMENT_TOKEN_TO_BE_REPLACED

Dr. Laney Yelverton (“Doc Y”), former Professor of Physical Education at Jacksonville University who taught hundreds of area youths how to swim and was known for his Harley and ponytail along with his rigorous but attentive teaching style, died yesterday …

END_OF_DOCUMENT_TOKEN_TO_BE_REPLACED

Food allergy is among the fastest-growing public health concerns affecting nearly every school across the United States. One in 13 children in the U.S., or roughly two in every classroom, has a food allergy.

Currently there is no cure for …

END_OF_DOCUMENT_TOKEN_TO_BE_REPLACED

RIVER LIFE: The St. Johns River is a present itself

December 25, 2015 Comments Off on RIVER LIFE: The St. Johns River is a present itself

As we celebrate this season — and, yes, I know this column appears on Christmas Day — my thoughts have turned to the gifts of the St. Johns River that we enjoy every day.

The river has given us so