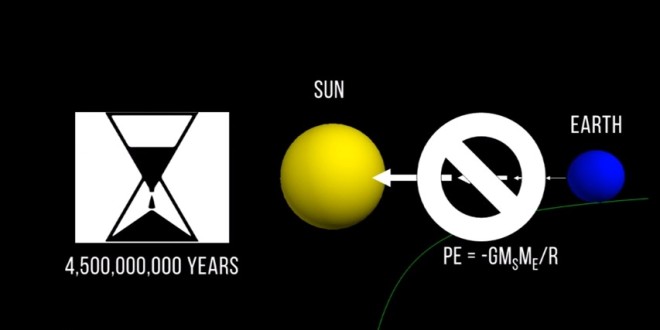 Let’s Code Physics, launched recently, is modeled after Let’s Play videos, the popular “play-throughs” of video games that have become a raging success in the gaming community and well beyond (the Swedish PewDiePie, aka Felix Arvid Ulf Kjellberg, recently celebrated 39 million subscribers and 10 billion video views on his channel). It’s one of the first, if not the first, Let’s Play channels of its kind for science education purposes.

In the world of Let’s Play, the gamer-celebrity records his or her progress through a video game, offering entertaining, irreverent, often hilarious and sometimes NSFW commentary along the way. In the process, the viewer learns how to accomplish all of or critical aspects of the game, all while being entertained. 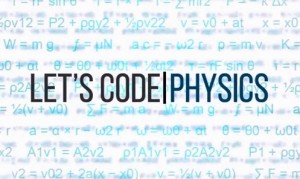 Let’s Code Physics videos, with updates announced via Twitter and Facebook, are based on programming projects Lane develops — offering commentary along the way — to study physics situations (police car chases, planetary orbits, projectiles, etc.) in a way made accessible to the general public. 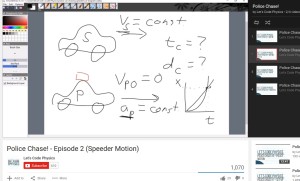 Lane says he hopes the videos become a classroom of their own as viewers share their modifications or extensions to the codes. Many of the programs he develops will find their way into his classes, and he encourages his students to watch the videos for further insights into the lessons that align with them.

“My goals for this channel are to promote interest in scientific computing and physics and to provide learning resources to viewers,” he said. “For example, I share links to relevant articles and the source code for every program I create. With the growing need for programming skills in an increasing number of professions and the rising popularity of YouTube as a means of educational outreach, this seems like a promising opportunity to engage the public in education and provide resources for fellow educators.”

Already, his “Police Chase” video tutorials are catching on, with one episode attracting nearly 1,500 views as Lane explains the time and distance it will take for law enforcement to catch a speeder, using formulas and terminology such as Vs=Constant, Vpo=0, Ap=Constant and Vnext=Vcurrent+aΔt.

“Root Finder in Space,” meanwhile, discusses principles such as Conservation of Angular Momentum to illustrate why, in 4.5 billion years, “The earth still hasn’t fallen into the Sun’s fiery depths.”

New content is published every Monday, Wednesday and Friday, and Lane says he even has special episodes planned for Halloween and Christmas.

The videos even seem to have piqued the interest of some who aren’t studying physics at all.

“It’s amazing the number of general Let’s Play fans that are subscribed to the channel,” Lane said.