Home » All Sections » RIVER LIFE: The St. Johns River is a present itself 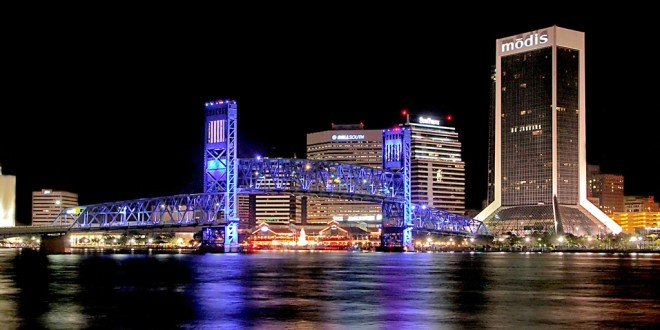 RIVER LIFE: The St. Johns River is a present itself

As we celebrate this season — and, yes, I know this column appears on Christmas Day — my thoughts have turned to the gifts of the St. Johns River that we enjoy every day.

The river has given us so much to be thankful for, in so many ways, that it is sometimes hard to grasp. It is the reason Jacksonville even exists.

If it weren’t for the St. Johns with its bountiful seafood and the ease of travel the waterway provides, none of us would be here today.

The original inhabitants used the river for food and moved around the area by canoe, with numerous camps along the river.

We find evidence that they ate oysters, shrimp and fish from the river. The river was essential to their very existence.

We follow suit today, with the port being a vital component of the local economy, moving goods and people in and out of Jacksonville.

We don’t rely on the river for food as much as we used to, but it is still important to many modern-day residents.

There are a number of people who eat seafood from the river every day.

And while many of us fish or shrimp in the St. Johns to add a little fresh seafood to our menu, many more use the river for recreation.

Enjoying some time boating or sailing on the St. Johns are gifts that just keep giving.

Perhaps it is not the gift of seafood or even the economic contributions that make the St. Johns River important to our everyday life, but the intangible gifts of aesthetics that make it so valuable.

Water is so critical to life that we seem to have a bond that is hard to describe.

How many times have we marveled at the sunrise over the river, or more likely, eyed the sunset shimmering across the river as we drive across one of our many bridges.

The river has also given us the gift of resiliency.

We have managed to use and abuse the river for far too long — partly because the river has managed to “take a lickin’ and keep on tickin’,” to borrow a phrase from an old watch commercial.

We have dredged it, dammed it, filled in its wetlands (its kidneys), and paved over countless acres of forests and fields in order for us to use and enjoy the river.

We dump our waste in it, some drink from it and some use its water for irrigation.

I have poked and probed the river for almost four decades to try to understand what makes it tick. It still amazes me how many questions there are about the river that we cannot yet answer. But it has become very apparent recently that we have affected the river more than we should.

So let me make a suggested New Year’s Resolution that we all can adopt: Let’s save money and the St. Johns River next year. We can do both if we just use less: less water on our yards, less fertilizer on our lawns and less electricity in our homes and workplaces. And we’ll save money, too.

Is it really true that the river sometimes flows south?

Yes. In fact, some portions of the St. Johns River are below sea level. So during times of low rainfall, especially during the neap tides (when we have the lowest highs and highest lows) the river will flow backward, or to the south. During that time, the salinity of the river rises so that we can see the effect of salt water south to the Buckman Bridge.