Fit Life: Plogging, the Fitness Craze That Gets You + JU in Shape

July 12, 2018 Comments Off on Fit Life: Plogging, the Fitness Craze That Gets You + JU in Shape 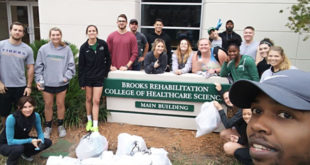 Originating in Sweden in 2016, and now a global fitness trend, plogging is one part “jogging” and one part garbage “picking.” It comes with all the health benefits of jogging while at the same time cleaning …

END_OF_DOCUMENT_TOKEN_TO_BE_REPLACED 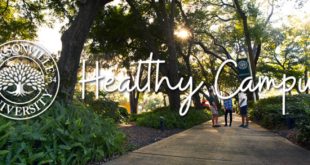 Jacksonville University has become the first private higher education institution in Florida to commit to the goals of the American College Health Association’s “Healthy Campus Pledge” and is now part of an exclusive network of official Healthy Campus 2020 Partners.…

END_OF_DOCUMENT_TOKEN_TO_BE_REPLACED

FIT LIFE: Pokémon Go may have peaked, but was it the sneakiest fitness craze of the past decade?

October 24, 2016 Comments Off on FIT LIFE: Pokémon Go may have peaked, but was it the sneakiest fitness craze of the past decade?

The increasing use of video games and mobile devices is often blamed for people’s lack of interest in physical activity, but Pokémon Go may have changed that.

END_OF_DOCUMENT_TOKEN_TO_BE_REPLACED 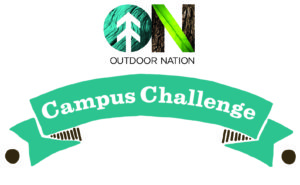 END_OF_DOCUMENT_TOKEN_TO_BE_REPLACED

FIT LIFE: We need to get back to nature

Sometimes we can take for granted how nature has the ability to improve our health — directly and indirectly.

First, let me offer a vivid example of nature’s direct impact, in the very plants that surround us. Many of these, …

END_OF_DOCUMENT_TOKEN_TO_BE_REPLACED

Hailing its coordinated efforts to promote physical activity as a “vital sign of health” for its students, Exercise Is Medicine global founder Dr. Bob Sallis bestowed the Bronze Level EIM Award upon Jacksonville University April 11 before a packed house …

END_OF_DOCUMENT_TOKEN_TO_BE_REPLACED

Dr. Robert Sallis, chairman of the global Exercise is Medicine initiative, is the Brooks Rehabilitation College of Healthcare Sciences Distinguished Lecturer from 5 to 6:30 p.m. Monday, April 11, in Terry Concert Hall. The event is open to the public.…

END_OF_DOCUMENT_TOKEN_TO_BE_REPLACED

FIT LIFE: Can We Bring Ciclovia to Jacksonville?

December 14, 2015 Comments Off on FIT LIFE: Can We Bring Ciclovia to Jacksonville?

According to the 2014 Dangerous by Design report, Jacksonville ranks as the 3rd-most dangerous U.S. city for pedestrians and cyclists. These are not statistics to be proud of. The city’s many long roads with limited crosswalks and sidewalks …