Home » All Sections » FIT LIFE: Pokémon Go may have peaked, but was it the sneakiest fitness craze of the past decade? 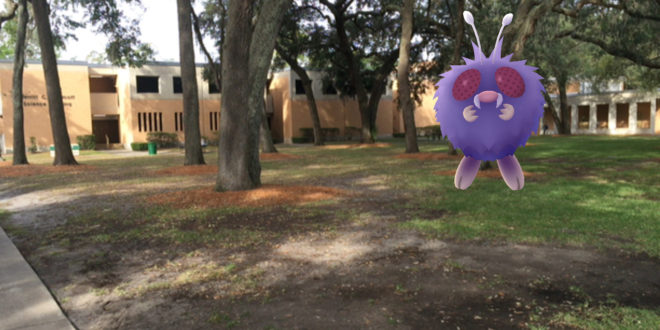 FIT LIFE: Pokémon Go may have peaked, but was it the sneakiest fitness craze of the past decade?

The increasing use of video games and mobile devices is often blamed for people’s lack of interest in physical activity, but Pokémon Go may have changed that.

The virtual scavenger hunt for cartoon characters in real locations shows the Pokémon nearby on a map. Once you arrive at the location, the character appears on your screen, looking like it’s just hanging out on the sidewalk next to you. Then you throw a Poké Ball in its direction to catch it. Your job is to catch as many Pokémons as possible.

Within one week of its launch last summer, Pokémon Go attracted more than 65 million users, including my own kids and many of their friends.

Its popularity grew rapidly, and while the frenzy has passed, the app is still in use by many. And Pokémon Go has generated a lot of money. According to a report from The Financial Times, Pokémon Go players spent more than $268 million in just the game’s first five weeks.

The mobile app gets users off their couches and moving outdoors as they try to catch these virtual creatures. Stories popped up all around the world about people who walked long distances just to capture a new creature.

Like most things, playing it has pros and cons. According to a recent article published in the journal Current Opinion in Pediatrics, the positive effects include increased exercise, socialization and outdoor activity. The negative effects include increased risk of injury, abduction, trespassing, violence and cost. People, especially young kids, need to be told about safety precautions and setting appropriate limits.

Most health apps that promote physical activity tend to attract users who want to be healthy. Pokémon Go isn’t marketed as a health app, but users still end up doing a lot of exercise. The possibilities for apps to make the streets an active, reclaimed playground with social interactions are exciting.

At the very least, increased physical activity is a tantalizing side effect of this virtual game. Is Pokémon Go powerful enough to have created lasting exercise habits by helping people sit less and move more? Only time will tell.

A new study by Texas A&M researchers found that mice exposed prenatally to a class of chemicals called phthalates were less likely than other mice to exercise as adults. Phthalates are found in many cosmetics and personal care products. Although mice obviously are not people, the findings at the very least raise the possibility that exposure to environmental toxins before birth might change babies’ physiology in ways that affect their motivation to exercise later on in life. These findings add a new wrinkle to the mystery of exercise motivation.