Home » All Sections » FIT LIFE: Can We Bring Ciclovia to Jacksonville? 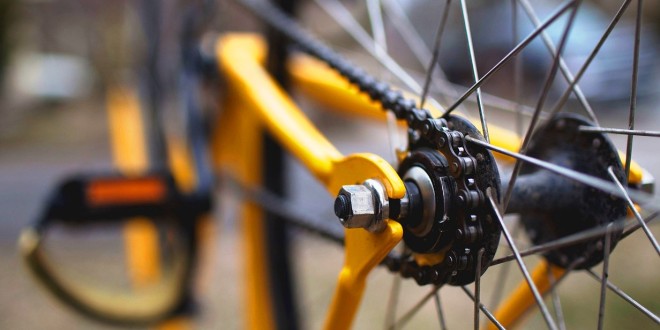 FIT LIFE: Can We Bring Ciclovia to Jacksonville?

According to the 2014 Dangerous by Design report, Jacksonville ranks as the 3rd-most dangerous U.S. city for pedestrians and cyclists. These are not statistics to be proud of. The city’s many long roads with limited crosswalks and sidewalks and high speed limits are partly to blame for Jacksonville’s dismal ranking.

Could ciclovía be a potential solution?

Ciclovía is a Spanish term meaning “cycleway.” This open streets concept is a community-level physical activity promotion strategy in which streets are temporarily closed to motorized traffic and open for people to be physically active.

The inspiration for ciclovía is credited to Bogotá, Colombia. Since 1974, each Sunday and public holiday from 7 a.m. until 2 p.m., certain main streets of Bogotá are blocked off to cars for runners, skaters and bicyclists. Stages are also set up in city parks where aerobics instructors, yoga teachers and musicians lead people through various activities. Bogotá’s weekly ciclovías are used by an estimated 1 to 2 million people each week (representing up to 30 percent of the city’s population) on more than 75 miles of car-free streets.

Since its inception more than 40 years ago, ciclovias have spread to other regions of the world, with the largest expansion to the United States. As of 2013, more than 90 U.S. cities have hosted open streets initiatives.

A review published in the Journal of Physical Activity and Health of U.S. cities with open streets initiatives found that events ranged in distance from a few blocks to 51 miles with attendance estimates between 250 to 100,000 people per event. The host cities for these ciclovias ranged in size from New York City with more than 8 million residents to Cornwall, N.Y., with 12,000 residents.

Of importance. these open street events significantly increase people’s physical activity. A study published in Preventive Medicine found that 97 percent of attendees of a ciclovia in San Diego met the 30-minutes-a-day guideline for physical activity. And not only were people more physically active, but positive effects were found for businesses and social connectedness.

In short, ciclovias have positive physical, social and economic impacts.

Ciclovias have taken off in many U.S. cities. Why not Jacksonville? It is time to challenge Jacksonville to close its streets to traffic and open them to physical activity.

We are a prescription nation. According to researchers at the Mayo Clinic and Olmsted Medical Center, almost 70 percent of Americans take at least one prescription drug – costing us $374 billion in 2014 alone. What if there was one prescription that could prevent and treat dozens of diseases, such as diabetes, hypertension and obesity? Indeed, a daily dose of physical activity is highly effective for preventing and treating many of our most prevalent chronic diseases.

According to former American College of Sports Medicine President Dr. Bob Sallis, founder of the global health intiative Exercise is Medicine who will speak at Jacksonville University this spring, if exercise was listed in the Physician’s Desk Reference (the largest compendium of drugs), it would be the most powerful drug currently available. Simple stated, Exercise IS Medicine.