December 13, 2014 Comments Off on Live fully by being positive – and steering clear of pessimists, Florida Board of Education Chair Gary Chartrand tells JU graduates

That was some of …

END_OF_DOCUMENT_TOKEN_TO_BE_REPLACED

Academic Excellence, hard work, dedication and leadership are qualities of the “Top 40- Best and Brightest of the Davis College of Business” in the late-fall edition of Advantage Business Magazine.

END_OF_DOCUMENT_TOKEN_TO_BE_REPLACED

When Sociology Prof. Shelley Grant first envisioned a mentor project for her Media and Crime students three years ago, she hoped for just the kind of outcome she got with JaNay Burrows and Kamryn Satterwhite.

END_OF_DOCUMENT_TOKEN_TO_BE_REPLACED

The Davis Aviation Center is looking to launch an experiential learning program surrounding unmanned aerial systems (UAS). Simultaneous interest by three aviation students sparked the interest in order for Jacksonville University to be a place to conduct undergraduate research, with …

END_OF_DOCUMENT_TOKEN_TO_BE_REPLACED

Data analysis and making informed business decisions formed the basis for a recent competition in the Davis College of Business to learn more about Microsoft Excel and its importance in the business world.

Students in an Applied Business & Economic …

END_OF_DOCUMENT_TOKEN_TO_BE_REPLACED

Division of Music to hold “Songs of the Season” CD release party Dec. 2

November 25, 2014 Comments Off on Division of Music to hold “Songs of the Season” CD release party Dec. 2

The Division of Music’s “Songs of the Season” is an uplifting CD collection of traditional holiday songs spanning nearly 500 years of musical repertoire, from the Renaissance to holiday favorites of the 20th century. 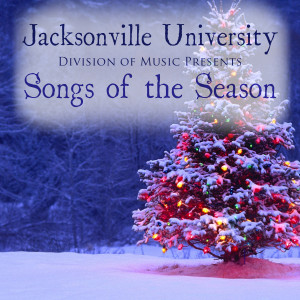 It’s produced by the student-run Jacksonville …