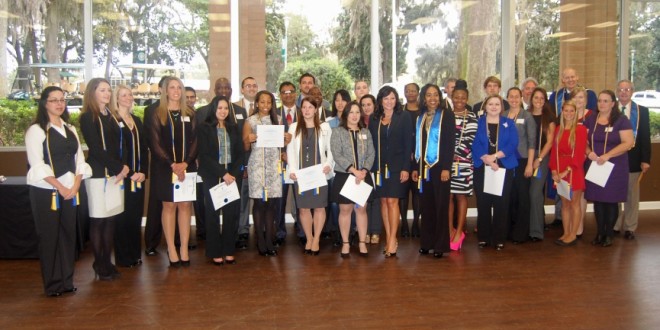 “Beta Gamma Sigma members are considered the ‘best of the best’ in business” said Dr. Angela Mattia, Assistant Professor of Decision Science & Information Management and the advisor for the Davis College of Business BGS Chapter.

Jacksonville University’s chapter has inducted 178 members since its inception and welcomes new members each spring. This is the third year in a row the chapter has been honored, achieving Primer status the previous two years since its chapter was established in 2012.

“Our students understand that thousands of students complete their business degree, but only the best qualify for membership in this honor society,” said Dr. Mattia. “Our faculty love to reward high academic achievement.  This combination has resulted in a high participation rate and made our chapter a huge success.”

Beta Gamma Sigma recognizes excellence among all of its chapters, and only schools accredited by the Association to Advance Collegiate Schools of Business (AACSB) are eligible for membership. BGS currently has 546 active chapters and has inducted more than 750,000 outstanding students into membership since its founding in 1913. Members currently reside in all 50 states and more than 160 countries.