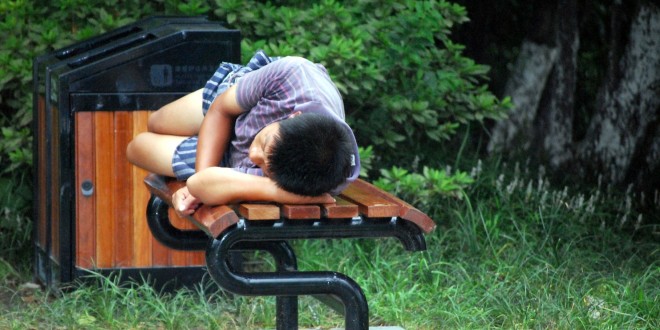 Let’s take a closer look at a case handled by Jacksonville University instructors and students of one woman who thought she was just feeling the effects of “working too hard,” “feeling her age” or being “slightly out of shape,” but who discovered there was more to the story when she stopped to listen to her body:

Cynthia, 56, has no medical issues and works in the mail room of a large company. She always prides herself on being healthy and energetic, walking around the many departments to deliver the mail at her job without any problems.

About six weeks ago, she flew up north to visit her father, who had been hospitalized. Cynthia went from home to the hospital daily for about 10 days until her father had been discharged home. While in the hospital, she would sit at his bedside for hours keeping him company. She returned home last month and went straight back to work.

But Cynthia now feels that she is slightly more short of breath while walking the halls to deliver the mail. She also feels exhausted at the end of the day as if her energy source was completely drained.

These symptoms were so different than anything she has ever experienced and concerned Cynthia enough that she made an appointment with the nurse practitioner. She recalled that when she was in the hospital, her urine was very dark and concentrated. Cynthia attributed this change to being more sedentary and not drinking a lot of water while sitting at her father’s bedside.

The nurse practitioner listened to Cynthia — just as Cynthia had “listened” to her own body. She ordered two simple tests in the office: a urinalysis and a complete blood count (CBC).

The urinalysis was normal, except that it showed microscopic blood, too small for Cynthia to have seen with her own eyes but possibly the cause for the dark, concentrated urine that she had seen earlier that month.

In addition, the CBC revealed that Cynthia was anemic. Her hemoglobin was extremely low, indicating she did not have enough red blood cells containing hemoglobin, which is necessary for the body to distribute oxygen to body tissues. The anemia probably resulted from the blood loss through her urine that had been present for possibly the last six weeks.

Her body was not able to replace the red blood cells that were lost, causing a deficit. Other symptoms of anemia are shortness of breath and fatigue, which Cynthia had also reported.

There are many types of anemia, with a variety of causes.

Anemia is primarily a “sign” that something else is going wrong in the body, rather than a disease itself.

It can be a presenting sign of blood loss, whether from menstruation or gastrointestinal bleeding, or from the urinary system, as in Cynthia’s case.

People who have undergone medical or surgical treatments can also experience anemia as a consequence.

While diagnosing anemia was not the end of the story for Cynthia, it gave her a cause for the symptoms she was experiencing and allowed her to be seen by the specialist to determine the underlying cause in her urinary system.

The moral of Cynthia’s story is to take note of the symptoms you may be feeling — don’t dismiss what might be different or unusual regarding your body, no matter how vague they might first appear.

Listen to what your body is trying to tell you, and there are often simple tests that can either confirm something is wrong or reassure you that all is well.

It turns out that the symptoms in Cynthia’s case were not the result of normal aging or working too hard. When in doubt, check it out!

Nursed to Health is an occasional feature in which Jacksonville University School of Nursing faculty discuss symptoms, diagnoses and treatments based on composites of patient cases handled by instructors, students and alumni of JU’s local training programs. Today’s column is by JU Nursing Prof. Dr. Michelle L. Edmonds, PhD., a certified family nurse practitioner.. It appeared in The Florida Times-Union on Dec. 10, 2014.