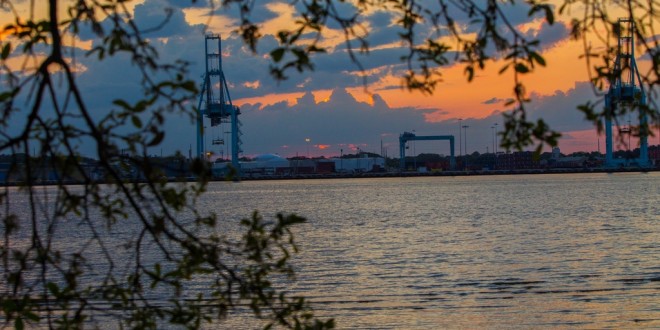 What it does have to do with is the very long geological history leading to the formation of the Florida peninsula.

At one time, the Appalachian Mountains, which formed several hundred million years ago, were as high and rugged as the Rocky Mountains. But millions of years of weathering eroded the Appalachians down to their current size and shape. The rocks and boulders that once made up the mountains were gradually reduced in size to much smaller particles of sand and clay.

As rain fell on the mountain, the water flowed downhill forming creeks and streams that merged into larger and larger rivers. Those rivers carried the rocks and stones that banged into each other, slowly but surely breaking them into ever smaller pieces of sediment and forming the sand that accumulated along the coast.

I tell my students that everything has to be somewhere. The Appalachians were gradually reduced in size, with the material that was once jagged ridges and cliffs becoming the sediment that is now Florida. Ever so slowly, the sediment washed down the hillsides, forming coastal plains with barrier islands and dunes along the southeast shoreline. The sea level rose and fell as ice ages came and went. When water was frozen in the polar regions, sea level fell. When those ice caps melted, sea level rose. Everything has to be somewhere.

Wind and waves shaped the sediment into a series of terraces making up the coastal plains. The material under our feet used to be part of North Carolina and Virginia. Maybe that explains why so many people who call Florida home like to vacation in the mountains. It is in our roots, so to speak.

The St. Johns River was formed about 100,000 years ago as the sediment was deposited, creating land that essentially trapped a portion of the sea within the dunes and barrier islands.

The current shape of the river did not occur until about 7,500 years ago, during the last ice age. Florida is so flat that it is quickly and frequently covered by the ocean. By some accounts, this has happened as many as seven times. Now, when I say “quickly and frequently,” I am referring to geologic time, something many of us have trouble comprehending. Time is relative; just ask a child about how soon until the next holiday.

Eventually, rainfall diluted the sea water and the inland sea was transformed into the freshwater system it is today. Water flows downhill, even if it is only from the sand ridges that are the mountains of Florida. Despite the relative flatness of the state, the St. Johns River slowly moves its entire length of 310 miles, but only dropping a little less than 30 feet.

Some question whether the St. Johns is really a river, but that is another topic. For right now, it is a river because we call it a river.

Has it ever been cold enough to freeze the St. Johns River?

One of the most severe cold weather events recorded was in February 1835, when temperatures dropped to 8 degrees in Jacksonville. According to published accounts, portions of the St. Johns were frozen along the shoreline — enough for people to walk out on the river for a short distance. Normally, it is not cold enough for long enough for the river to actually freeze.