River Life: Why barnacles are a blessing and a curse

May 24, 2019 Comments Off on River Life: Why barnacles are a blessing and a curse 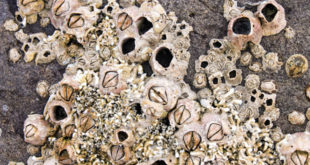 One of the ubiquitous animals in the lower St. Johns River is the barnacle. However, they are both a blessing and a curse as far as life on the river goes. A blessing in that …

END_OF_DOCUMENT_TOKEN_TO_BE_REPLACED

RIVER LIFE: Why Mudflats Are Critical to a Healthy Ecosystem

April 5, 2019 Comments Off on RIVER LIFE: Why Mudflats Are Critical to a Healthy Ecosystem 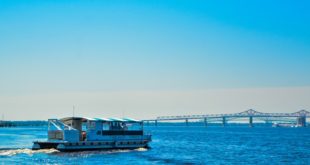 Growing up in the Tidewater region of southeastern Virginia near Norfolk, we used to play in what we called the “mudflats.” Later, in college and graduate school, I began to appreciate how important these areas were to the ecology of …

END_OF_DOCUMENT_TOKEN_TO_BE_REPLACED 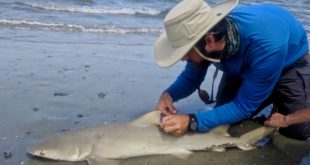 Commencement isn’t the only event on the minds of Jacksonville University students this spring. Parasites, sharks, bacteria, DNA, pathogens, migratory patterns–these topics are in the forefront of some of JU’s brightest minds. Meet Jarvis, Katrin, and Andrew, …

END_OF_DOCUMENT_TOKEN_TO_BE_REPLACED 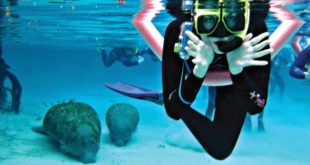 Spring is just around the corner if it isn’t here already. We had a very mild winter, which for many us was a good thing. We only had to cover our plants a couple of …

END_OF_DOCUMENT_TOKEN_TO_BE_REPLACED

February 8, 2019 Comments Off on Collaborate JU Provides Platform for $25,000 in Research Grants

More than $25,000 was recently awarded to three interdisciplinary teams at Jacksonville University (JU) through Collaborate JU. This internal grant opportunity was offered by the Office of Research and Sponsored Programs (ORSP). A component of the Florida …

END_OF_DOCUMENT_TOKEN_TO_BE_REPLACED 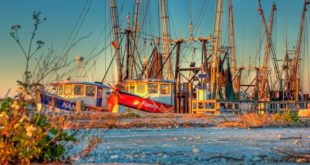 One of the joys of living in northeast Florida is the ability to eat fresh Mayport shrimp. I was reminded of just how delicious they are earlier this week.

We took our Marine Science Summer …

END_OF_DOCUMENT_TOKEN_TO_BE_REPLACED

One of the most rewarding experiences professors collect is to watch students expand their horizons and growth. Through the Experiential Learning program several students participated in life changing adventures during recently completed study travels abroad.

END_OF_DOCUMENT_TOKEN_TO_BE_REPLACED

Raised expectations are raising the game of JU

April 28, 2016 Comments Off on Raised expectations are raising the game of JU

The lawns keep getting greener and fuller. The dolphin statues are iconic. Corporate partners are paying for upgrades to academic and athletic programs. There are new residence halls, and new funding for key programs in the health sciences, marine sciences, …