Home » All Sections » RIVER LIFE: Sometimes, we need to accept blame, see what we’re doing to our waterways 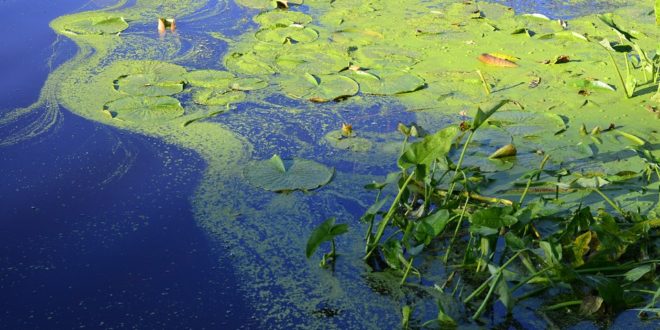 I’m talking about the algae bloom that has come to symbolize the environmental degradation affecting the St. Johns River. We have actually had these toxic algae in the river for many years. The St. Johns Riverkeeper even produced a video about the algae bloom in 2005 titled “The Green Monster.” So I was a little surprised when the national news erupted recently because of green slime in South Florida.

However, this is not just a local problem, or just a Florida problem; it is a national and international problem. All because of the way we choose to live our lives.

In 1970, an old comic strip character named Pogo made a classic comment in the cartoon written by creator Walt Kelly for Earth Day: “We have met the enemy and he is us.” The strip was set in the Okefenokee Swamp, just north of Jacksonville in Southeast Georgia.

The words are still true today, and we see evidence all around us. But we continue to think it is someone else’s fault. We blame federal, state and local government for not doing enough. Yet we are, in fact, the government. We elect the legislators and then tell them to keep our taxes low and to not regulate how we live. And when they do, we re-elect them.

I know I am speaking in generalities, of course, and am well aware that many people are trying to do the right thing for the environment and the St. Johns River. But as a society, we don’t always seem to understand that to have a healthy, thriving economy, we need a healthy, thriving environment. No one wants to breathe polluted air, drink contaminated water or look at green slimy rivers and lakes.

Our ecosystems are incredibly resilient, and can take a lot of abuse and still function. We also do things in small incremental steps. We slowly change things so that the impacts are not immediately seen. Scientists compound the problem because we overanalyze everything and do a poor job of explaining the causes to the public.

Our river and lakes are suffering from death by a thousand cuts.

We want low taxes, so when street sweeping is eliminated from the budget, we don’t think about the increased sediment running into our waterways, filling in the tributaries. We want pretty, green, lush lawns that require fertilizer and water, and complain to our legislators if there is any attempt to limit the amount we use. We don’t think that our little bit of lawn clippings going down the storm drain will cause a problem. But it does.

We want homes in well-designed neighborhoods with easy access to shopping, schools and entertainment, but too often we don’t think about the trees, forest and wetlands that are destroyed in the process. And when people oppose the development, they are labeled tree-huggers, anti-progress and against jobs. Meanwhile, we have thousands of acres of land in our cities sitting abandoned.

Our history is full of examples of how we as a people demanded our government solve a problem we ourselves created by the choices we made about where we live. Flooding was a problem in South Florida, so we ditched and diked the Everglades. All was done in the name of progress and profit, but under the guise of saving lives and property.

Regretfully, we must now pay for our past mistakes. So much for low taxes and limited regulation. The color green is no longer about money, but about toxic algae.

What can we do to gain better access to the St. Johns River? Is anyone working on a plan on how we use the river?

The Jacksonville University Marine Science Research Institute has teamed with the University of North Florida’s Environmental Center and the Northeast Florida Regional Council to develop a Maritime Management Plan. You can provide input into that plan by filling out the survey at http://www.jaxboatplan.com. You can also participate in town hall meetings scheduled later this fall. Details will be on the website.