Home » All Sections » RIVER LIFE: The St. Johns as an economic engine 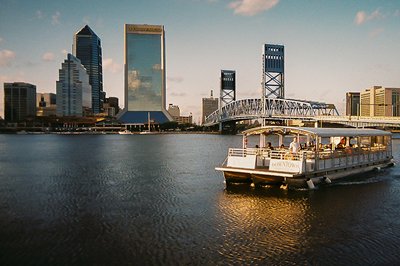 RIVER LIFE: The St. Johns as an economic engine

Earlier this month, I was in Costa Rica with a small group of friends, including a retired ornithologist from Jacksonville University, where we saw almost 200 species of beautiful birds, fast-moving monkeys, slow-moving sloths and colorful frogs. Quite a trip! Costa Rica has done a fantastic job of preserving its natural resources with a variety of national parks and conservation areas that helped create a thriving tourism industry focused on ecology and nature.

It hasn’t been easy, and other competing economic forces are at work, too. We passed hundreds of acres of African oil palms, pineapples and rice. But Costa Ricans have strived to find a balance between the environmental and economic needs of the country. They have come to realize that a healthy environment means jobs, perhaps even better jobs than those created by the introduced African oil palm.

The St. Johns River has the potential to have ecotourism become the same kind of economic driver that we saw in Costa Rica. The river and its associated tributaries, marshes and wetlands abound with a wide variety of birds and other wildlife. Manatees, dolphins and alligators, along with eagles and ospreys and well over 200 species of other birds, can be seen along the St. Johns River, not to mention the incredible diversity of fish and marine life. We have a rich ecological treasure that needs to be protected, but also used and enjoyed.

I am optimistic by nature and remain confident we will eventually take the necessary steps to protect and restore the river. We have a history of doing the right thing. Regretfully, we sometimes wait until the problem becomes a crisis before we act, and it ends up costing us billions of dollars to correct our previous mistakes. Think Everglades, DDT and acid rain.

Admittedly, some of our mistakes were made out of ignorance with unintended consequences. We attempted to control flooding in the Everglades without understanding the ecology of the system and its relationship to other areas of South Florida. We now are trying to correct that ecological plumbing mistake.

We used DDT because it was an inexpensive and effective pesticide while not knowing that its metabolic byproduct would be incorporated into the eggshells of predator birds like eagles and ospreys. DDT didn’t kill the birds directly, but it caused weakened eggshells that cracked and broke in the nests built of sticks and twigs. So the number of hatching offspring declined, thereby affecting the total population. So we banned DDT and have an abundance of eagles and ospreys to show for our effort.

We burn coal and oil that release carbon dioxide and sulfur dioxide into the atmosphere. We realized in the ’70s that the sulfur dioxide was causing acid rain, and in what is now a rare show of bipartisan cooperation, we created a system of cap and trade that has resulted in a 70 percent reduction in acid rain.

There are other examples, especially with wildlife, where our actions have produced positive results. We have seen manatees restored from near extinction to a viable population that could be removed from the endangered species list. It follows our successful effort with alligators. We have seen conservation of numerous fish species with people adopting catch-and-release as an acceptable alternative to kill and keep.

So I remain optimistic about the future of the St. Johns River, but caution that we must learn from our mistakes and avoid more unintended consequences — especially when we should know better by now.

Where can I go to see a wide variety of birds in Northeast Florida?

My favorite place is Huguenot Park, where you have a chance to see a number of gulls, terns and other marine birds, including some migratory species here only for a short visit. But avoid any posted areas where birds might be nesting in the spring and summer. The Duval Audubon Society has frequent bird-watching events, and its website at www.duvalaudubon.org also has resources to help you identify what you are seeing.