Home » Topics » Academics » RIVER LIFE: The St. Johns wants something from us 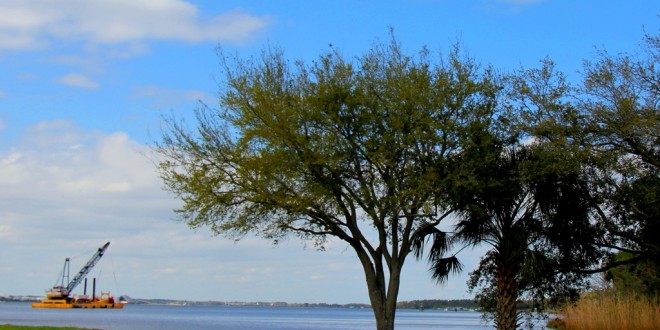 RIVER LIFE: The St. Johns wants something from us

The St. Johns River is unique and special and contributes in so many ways to the quality of life we enjoy in Northeast Florida. Jacksonville owes its very existence to the St. Johns. But, as I have said many times, we have unknowingly used and abused the river for decades.

The river has been our transportation system, our food source, our artistic inspiration and our sewer for as long as people have lived along its banks.

Use of the river was not a problem for several thousand years, as the first inhabitants could canoe, fish, swim and even dump their waste into the river without fear of harming it. But as more and more people discovered Florida, especially since the relatively recent invention of air conditioning, the number of people moving to the area has increased — and the rate at which we are growing has increased, too.

That has resulted in the realization by many people that the capacity of the river to handle the ever-increasing level of use has reached a critical point. We might not be able to continue to do things the way we always have in the past.

Humans have a habit of thinking we can control nature. Sometimes we want to defy the laws of physics and change the landscape to suit our needs. A hundred years ago we saw wetlands as wasteland. So we dredged the river and filled in the swamps and marshes to make dry usable land, not knowing that we were destroying our kidneys. Those wetlands performed a critical function of filtering the water of our creeks and streams of excess sediment and nutrients.

The St. Johns River is naturally a slow-moving, shallow, meandering river with lots of twists and turns. Much of the river had wide, grassy banks where fish, shrimp and crabs spawned and grew to adulthood. But we deepened the river and filled in its swamps and salt marshes for the river to better serve our needs.

The St. Johns River, as have other ecosystems, has been remarkable in its ability to adapt to the changes we have imposed. The river has survived and continued to function. Maybe not as well as it did, but it still functions. But the river always wants to go back to the way it was. So when we dredge, we must continue to dredge to maintain the way we want it. When we dam, we must work to keep the flooded area free from excess nutrients and plant growth.

So despite what we want, the river has the laws of nature on its side, and will return to its natural state unless we continually expend time, energy and money to force it to obey our will.

But we need to be careful. The river was here when we got here and will be here when we’re gone. Maybe we need to listen to the river about what it wants.

Who is the biggest polluter in Northeast Florida?

I have addressed this question in this column, but at a recent talk a local official asked me again. And the answer is: you and me. Regretfully, just regular people living regular lives are the biggest polluters. It is not some factory with a giant discharge pipe. It is our waste that is discharged into the creeks and rivers. Our cars drip oil that also makes its way into the waterways. Our fertilizers run off our lawns and into the storm water. That is why it is so important for each of us to try to be aware that the way we live our lives does make a difference.