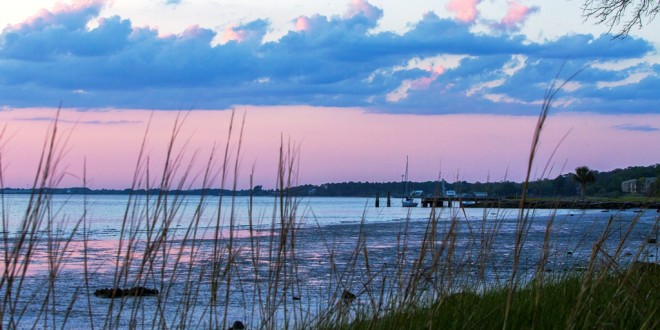 The St. Johns River is so big and complex that it is hard to know everything about it, especially the who, what and where of plant and animal life at any given moment in time.

But I get help. When I first arrived at Jacksonville University, I would get an occasional phone call or maybe even a visit from someone who had found, caught or seen something unusual from the St. Johns River or local beaches. It was fairly easy to identify something brought in to us, while verbal descriptions sometimes presented more of a challenge.

However, the internet, cell phones and now omnipresent cameras have changed the way we are asked to identify things today. It has also made it easier to get help from others when we are not positive.

Marine life in Northeast Florida is quite varied, so we have had people ask about a wide range of specimens. These have ranged from the tiny pteropods, or sea butterflies (which are really snails) to fossilized bones or teeth, to ambergris. Ambergris is a waxy product from the digestive tract of sperm whales, highly valued by perfume makers, but very rare. In fact, I have never seen ambergris. But I have seen large colonies of tunicates that people mistake for ambergris. Large tunicates are invertebrates called Sea Squirts, because when they are gently squeezed, they squirt out water. The smaller species of tunicates form colonies that resemble ambergris in general size and feel, but then reveal their true identity when examined under a microscope.

The St. Johns River is such a diverse ecosystem that we can find large marine mammals like manatees and dolphins, along with hundreds of fish species and thousands of invertebrate animals, not to mention the number of plants living along its shores. We also have sharks, skates and rays in the St. Johns.

Some fish are very common, and we seldom get questions about identifying flounder, redfish or black drum. People are sometimes surprised when they catch an eel in the river, but eels are a species native to the area.

A couple of fairly common but little known fish are the sea robin and toadfish. Both are bottom dwellers whose pectoral fins are highly modified. In the sea robin, they almost look like small wings; while the toadfish has short, stubby fins that look a little like the front legs of a toad.

Perhaps the most common question I get asked is, “What’s going on with the shrimp this year?” Seems like every year is a little bit different from the year before, and usually we don’t know any more than anyone else.

Many people do not know we have sharks in the river. But do not be alarmed, they pose no real threat to swimmers or water skiers. Most are small like the bonnethead shark, but even young individuals of the somewhat larger species like nurse or lemon can venture into the river. There are reports of larger bull sharks being seen and caught in the river. Bull sharks are one of the few species of sharks that can tolerate freshwater. Other species reported in the estuary include blacktip, sharpnose and sandbar sharks.

So enjoy the St. Johns River and don’t be afraid of what lurks beneath that black water. It’s mostly good.

What is the most unusual animal you have seen in the river?

Several years ago I was in my office when a mother and son came in with one of the ugliest fish I had ever seen. It was an armored suckermouth catfish. While it did resemble a catfish, it had large plate-like armor and a most unusual mouth. This catfish had been introduced into the U.S. from South America as an algae eater for freshwater aquaria.