Home » All Sections » RIVER LIFE: Artificial reef experiment in the St. Johns might help your catch 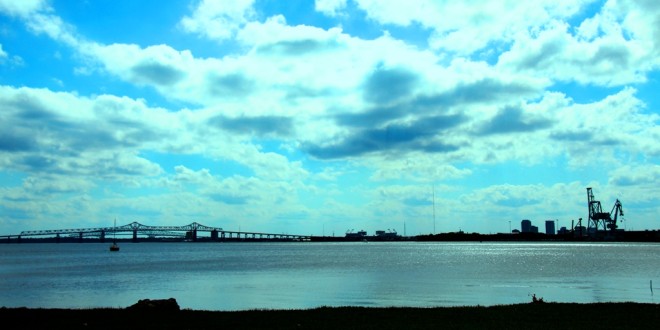 RIVER LIFE: Artificial reef experiment in the St. Johns might help your catch

We are getting ready to do an experiment in the St. Johns River, one that could help improve fishing and water quality for decades.

After years of research and community discussions, artificial reefs, or fish habitat enhancements, will be deployed in the St. Johns River this fall. And it is happening because of the work and cooperation of many people and multiple levels of government environmental agencies.

The idea originated locally with Payton Scheppe and Charles Holt of the Coastal Conservation Association. CCA is the same organization that helped with the recovery of the redfish population and has sponsored and defended the ban on gill nets.

But in order to get it done, sites had to be proposed and evaluated, funds had to be raised, and city, state and federal agencies had to cooperate and issue permits for the project. Much credit needs to go to the Jacksonville Planning Department for managing the project. But the Florida Department of Environmental Regulation and the U.S. Army Corps of Engineers also had to issue permits for the new and innovative concept.

Artificial reefs have long been used successfully offshore in fairly deep ocean waters, but the concept to build these fish habitats in the river was new and only tried in a few other places. Joe Kistel and Ed Kalakauskis with TISIRI, a local reef-building organization, have been instrumental in both offshore and now inshore reefs. They will help manage the construction of this structure, too. And the faculty and staff at the Jacksonville University Marine Science Research Institute will track the biological development of the deposited concrete material to see what grows on and uses the reefs.

The St. Johns River has shown a remarkable ability to take the abuse we heap on it, and still function. But years of dredging, coupled with upland development, with all the associated runoff of waste and fertilizer, have taken their toll.

Not that many years ago, the area south of the Fuller Warren Bridge, off San Marco, was a lush underwater meadow of aquatic vegetation. This area served as a highly productive nursery for fish, shrimp and other marine life.

However, increased sediment running off of road and housing projects, along with deepening the river and withdrawing water from the aquifer, has destroyed that habitat. We have gradually observed the salinity of the river increase. The submerged aquatic vegetation that was found in this area required fresh water. However, our need for fresh water caused us to withdraw more and more water from the Floridan aquifer. So, as the fresh-water flow dropped and the salinity and sedimentation increased, we lost that valuable habitat.

While the artificial reefs will not replace the natural system, they will help. The nooks and crannies will offer small spaces for small fish to hide and live. The concrete will provide a surface for marine growth to occur. Barnacles and oysters are expected to become established on the rocks. Not only do they become potential food for fish, they also filter sediment and other particles out of the water, thereby improving water quality. The small fish become food for the larger fish, and so grows the food chain.

This is an exciting first step, due in large part to a group of people who cared about the river and had the patience and persistence to make this project happen.

How do dolphins give birth?

Dolphins are air-breathing mammals and are generally born tail first. Sometimes, other dolphins will serve as an almost midwife and assist the newborn in getting its first breath, but in most reported observations of births, the calf goes to the surface for a breath unassisted. Just how common this is among other marine mammals, like manatees and whales, isn’t fully understood.