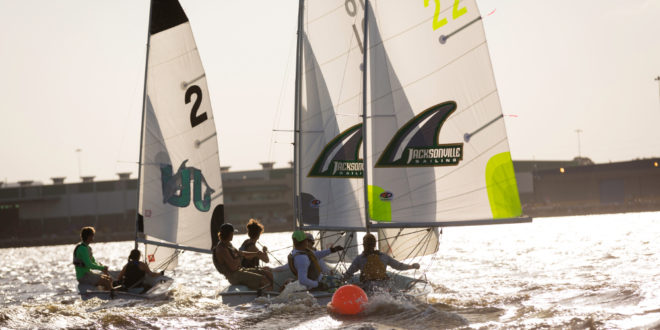 The rising JU Sailing Team gets to show off not only its talent and teamwork at the Fall 2016 South Atlantic Intercollegiate Sailing Association (SAISA) Co-ed Championship this weekend, but also its outstanding facilities and enticing location. 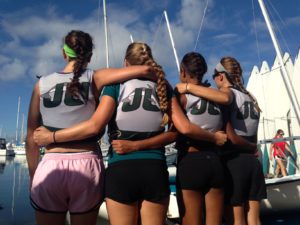 The team is hosting the event for the second time in its brief four-year history, with the conference’s top 12 teams and more than 100 competitors vying for the championship Saturday and Sunday, Oct. 29 and 30, on the St. Johns River. The public is invited to attend and watch from JU’s waterfront, with parking at the Marine Science Research Institute.

“This will definitely give us a home-water advantage, and it’s also great exposure for JU and Jacksonville as a whole,” said JU Sailing Head Coach Jon Faudree. “The local sailing community is growing, and what happens is that as people see Jacksonville’s beautiful location, they talk to other young sailors and their coaches, and they let them know we’ve got something pretty good going on here.”

Pretty good may be an understatement for the JU Sailing Team itself, whose quick climb among hundreds of elite competitors has created a buzz throughout U.S. collegiate sailing. In three out of its first four years, it has earned a bid to the Inter-Collegiate Sailing Association National Championship – as it did again this year. Not only that, but this year it made history when its Women’s team gained a spot in the ICSA Women’s National Championship for the first time. At the ICSA National Championship, the Coed Team turned in its best performance ever.

In a series of regattas throughout the fall, six teams from the North league of SAISA (Georgia to North Carolina) and six from the South league (Florida) qualify out of the 27 conference teams to compete in the SAISA Co-ed Championship. Racing begins at 10:30 each day and continues throughout Saturday and Sunday until 12 races are completed, which depends on wind and weather. 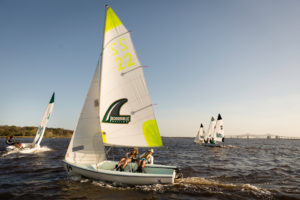 The top three teams from this weekend’s regatta move on to the Atlantic Coast Championship in Boston Nov. 12-13. The JU Sailing Team is well-positioned this year to excel.

“This is the best shot we’ve had to get to the Atlantic Coast Championship. Our team has more than doubled in size, going from 14 incoming students to 32 now. Every practice is like a major regatta, with 12 to 15 boats on the water,” Faudree said. “We have some really good young sailors, and the hardest part for me is deciding who to start, because our team is so competitive.”