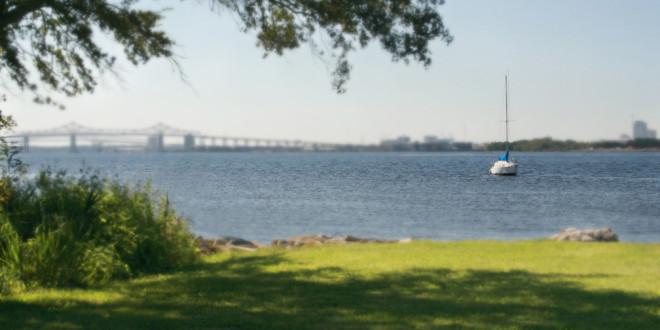 The recently released State of the River Report for the Lower St. Johns River Basin contains both good and bad news.

This study, now in its seventh year, is a cooperative effort by scientists from Jacksonville University, the University of North Florida and Valdosta State University.

Originally proposed by the St. Johns Riverkeeper as a way to look at the health of the river, the project has been largely funded by the city of Jacksonville Environmental Protection Board and focuses only on the lower basin.

Eventually, the goal is to examine the entire river, but that will require funding from other sources, not just from Jacksonville.

A quick reminder that the lower basin of the St. Johns River is in North Florida because the river flows north.

The middle and upper basin are south of us. In many ways, the St. Johns River is more significant to those of us in North Florida than to our friends to the south.

Jacksonville owes its existence to the river, and its 5-billion-gallons-a-day flow is a major part of our landscape. Folks to the south of us don’t have the same relationship with the river that we do.

One of the most difficult things for scientists to do is to explain their very complex research in terms the average resident can understand.

Heck, sometimes it is hard for a scientist to explain it to another scientist. We have a tendency to speak in our own profession’s jargon with all the acronyms and shorthand phrases. Each field has its special techno-speak. And while it works for those in that career, it leaves the rest of us confused.

The River Report uses a series of broad indicators to describe, in relatively simple terms, the environmental condition of the river.

The method used by the report classifies multiple factors as to satisfactory or unsatisfactory, and indicates the trending as improving, unchanged, worsening or uncertain.

Water quality parameters include the amount of dissolved oxygen in the tributaries and main stem of the river, which for the tributaries is unsatisfactory and worsening.

Turbidity, or the amount of sediment suspended in the water, has become satisfactory and improving. Nutrients remain unsatisfactory but improving.

Some factors, like salinity (the amount of salt in the water), are uncertain and worsening.

Impacts to the river by a variety of projects ranging from the proposed increase in water withdrawal by Central and South Florida to the potential channel deepening in Jacksonville makes the potential for increasing salinity very real.

Such changes are imperceptible to the eye but have huge impacts to the plant and animal life of the river.

In a similar manner, the report looks at fisheries; aquatic life; including both native and non-native species; and contaminants (or pollutants) in the river.

The fisheries sections highlights how much we don’t know about many of the fish in the river.

The aquatic life portion notes that the status of submerged aquatic vegetation is unsatisfactory and the trend is uncertain, which is directly related to the impact of increasing salinity.

The contaminants segment outlines a mixed bag, with some areas satisfactory while others are unsatisfactory, with many unchanged from previous reports.

The entire report, including its extensive appendices of references and technical information, can be found at www.sjrreport.com. It is a treasure trove of information for anyone concerned about the river.

With reports of the so-called “flesh-eating” bacteria in the river, is it safe to swim in the St. Johns?

The short answer is yes, but use common sense. Don’t swim with open wounds or cuts, and wash with plenty of soap and warm water when you get out. And if you do get a cut while in the river, be sure to wash and clean the wound completely. Apply antibiotic ointment as soon as possible. Don’t ignore it and assume nothing will happen.