Home » All Sections » RIVER LIFE: Small groups can make big impact on what’s around them 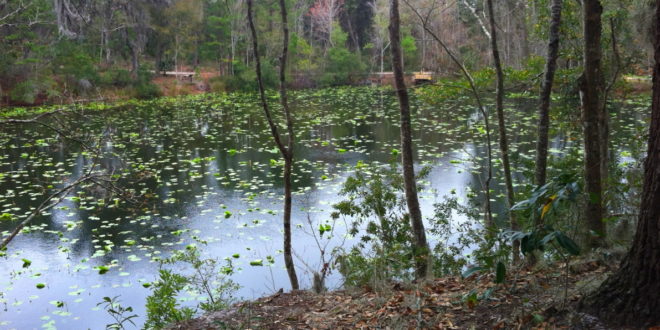 RIVER LIFE: Small groups can make big impact on what’s around them

The connection between what happens on the upland and the resultant water quality of a river or lake is very complex.

Some people don’t seem to understand the connection between what happens on their lawns, streets and homes and water quality of the river. They like to think that what they do does not make a difference.

I should quickly point out that this is not a universal truth. Many people fully comprehend just how direct the relationship is between how they live their lives and the environment around us.

Margaret Mead, the famous cultural anthropologist of the last century, once said: “Never doubt that a small group of thoughtful, committed citizens can change the world; indeed, it’s the only thing that ever has.”

This realization was driven home to me over the last few weeks.

On Martin Luther King Jr. Day, my family and I wanted to go on a walk. My 6-month-old grandson had brought my son- and daughter-in-law down from North Carolina to visit (those of you with grandchildren understand what I mean when I say he brought them to visit).

Now while I love my son and his wife, my grandson was the center of attention. After being indoors all day Sunday watching the Jaguars beat the Steelers, we all wanted some fresh air and exercise. A quick search of the web led us to the Jacksonville Arboretum and Gardens with its extensive trail system.

It is 120 acres, located in Arlington near I-295 and Monument Road. The site used to be a titanium mine. Mineral mining was done extensively in the area around Regency in the ’40s and ’50s. This mining depleted the soil, leaving the site heavily affected, with little vegetation. The city of Jacksonville eventually bought the property as part of a new sewage treatment plant permit requirement. Then the site sat vacant and unused for about three decades.

In 2004 a group of concerned citizens asked the city to let them develop an arboretum. It opened about 10 years ago and has been growing and improving since then. All the trails with their boardwalks, benches and picnic tables were built by volunteers, including some as a result of several Eagle Scout projects.

The history of the arboretum reminds me of a similar story of Tree Hill Nature Center. In the 1970s, another group of concerned citizens rescued a 50-acre parcel from development in Arlington. That effort eventually led to an education center and its associated preservation of urban wilderness.

My point is that there are several sites around Northeast Florida where individuals made a difference. Our visit started with the surprise in the parking lot when we saw the number of cars. Apparently many other people had the same idea. Hats off to everyone who was out enjoying the gardens. The arboretum was spectacular, and we are grateful to the many volunteers who helped create this jewel and all the other preservation areas. We have spent similar afternoons at Tree Hill, so it was nice to explore the arboretum and add it to our list of options.

These urban wilderness areas help water quality by filtering and cleaning the runoff before it reaches the river, so we are also indebted to all the people who worked so hard to create these upland areas for all to enjoy while benefiting the river, too.

Recent storms have caused widespread flooding in areas that have not normally flooded. Is there a way to know the flood potential for a house that I am about to buy?

Yes, you can look up the flood zone for the property and you can research to see if the site has been flooded during previous storms. But also look at any nearby creeks and streams to see if there is potential for debris to block the creek and cause flooding. Normally high ground may be subject to overflowing when drainage is restricted.