Home » Topics » Current Affairs » RIVER LIFE: It might be time for the tipping point for the St. Johns 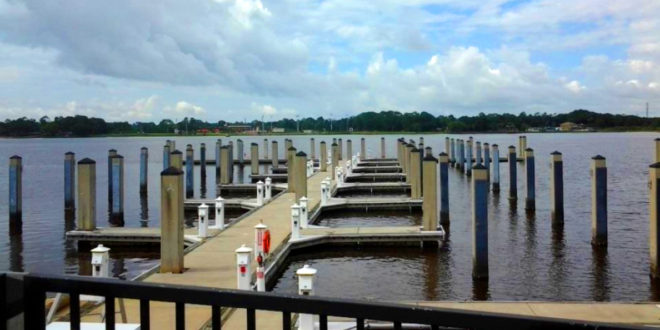 RIVER LIFE: It might be time for the tipping point for the St. Johns

What an exciting time this is for the St. Johns River. After decades of suffering from a serious lack of caring, it seems attention is finally being paid to the river and its potential for Northeast Florida. I say this because three things have happened, or are happening, that seem to indicate a tipping point for the river.

First, every person who lives on or near the St. Johns River should read the ninth annual State of the River Report that was recently released. But more important, it should be required reading for all politicians who live within the St. Johns River basin before they can stand for re-election.

The report is a very extensive examination of the health of the Lower St. Johns River Basin and is available at sjrreport.com. This year’s assessment shows some positives and some negatives. It also looks at trends. Over the years, some things have gotten worse while others improved, and others have not changed much at all.

The good news is that total nitrogen levels (think wastewater discharge and runoff from lawns) in the main stem of the river have moved lower. But salinity has gradually increased over the last 20 years and is expected to continue to increase. This is mostly due to dredging, and this will have potential impact on things like the submerged aquatic vegetation and all the marine life that depends on it. Troubling is the fact that toxic chemicals being discharged in the river have increased.

Oxygen, that essential element for life in the river, has essentially remained unchanged. But there was a change in water quality criterion for dissolved oxygen, or DO. So although DO remained unchanged over the past several years, these levels are considered satisfactory by governmental agencies when using the new criteria based on percent oxygen saturation. However, not everyone agrees with the lower DO standards.

Another exciting development is something I have written about before in River Life. It’s the Maritime Management Plan being done by the Northeast Regional Council, University of North Florida and Jacksonville University. We’ve been working for the past several months, and it’s time to show you what we have learned and to get more feedback on what you want for the river. If you have not completed the online survey at jaxboatplan.com, please do.

The third thing that has me excited has been called “Activating the St. Johns River.” Last June, the JAX Chamber and Urban Land Institute North Florida held a joint meeting on our area’s greatest natural resource — the St. Johns River. This had followed the November 2015 JAX Chamber’s annual Leadership Trip to Oklahoma City, which had a program titled “Destination Riverfront: Activating the River.” Oklahoma City has done a remarkable job of re-energizing its riverfront.

The JAX Chamber is dedicated to driving quality economic growth in Northeast Florida to make this region the best place to live, work and play. The Urban Land Institute is a nonprofit whose mission is to be a leader in responsible land use while creating sustainable, thriving communities. Joining this effort has been Council President Lori Boyer and Councilman Aaron Bowman, who also chairs the Jacksonville Waterways Commission. They are looking for ideas and thoughts on how we can “activate” the St. Johns River.

So come to the public meetings for the Maritime Management Plan and give us your thoughts and ideas. What an exciting time this is for the St. Johns River!

What is meant by invasive or non-native species? Are they really that much of a problem?

Non-native, alien or invasive species are organisms that did not originate or normally live in an area. Florida, because of its tropical climate, is especially susceptible to having these plants and animals thrive because they have no natural predators. The St. Johns River Report notes that we now have a total of 75 of these species. Lionfish and Cuban tree frogs are of particular concern because of their high reproductive capacity and their impacts on our native ecosystem.