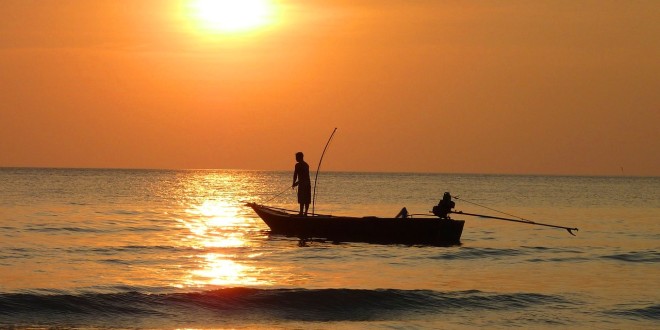 The First Coast has an abundance of natural resources that we enjoy and maybe too often take for granted. I was reminded of this earlier this month during the 35th annual Greater Jacksonville Kingfish Tournament.

I have been working with the tournament for 33 of those years as their marine biologist. The organizers and volunteers spend many hours working to make the tournament a success. The tournament is part of Jacksonville Marine Charities, which in turn contribute to a number of marine conservation and educational efforts in our community.

All the activities are held at Jim King Park and Boat Ramp at Sisters Creek. The late Sen. King was the longtime voice of the tournament and was an avid sportsman. The facilities at the marina are the result of the partnership between the city of Jacksonville and Jacksonville Marine Charities.

My role is to ensure the fish caught are, in fact, kingfish, and that they were caught on the day of the tournament. I also weigh in on any injured fish as to whether it is still able to fight and is not mutilated. Fish can be attacked by sharks and barracuda just as they are about to be boated. We often see only the head of the fish.

The first point may seem obvious, that you should catch only kingfish during a kingfish tournament.

Kingfish are also known as king mackerel, and there are some other similar species. Spanish mackerel, wahoo and barracuda have all been brought into the weigh-in station by fishermen who mistakenly identified their fish. This happened more frequently during the early days of the tournament when up to 1,000 boats participated. Some of those fishermen had limited experience with kingfish but were drawn to the large prizes being offered. Winning a new boat, motor and trailer was tempting to many. People came from far and wide to fish our waters. The tournament has always had an “anyone can win” kind of atmosphere.

My real role for the tournament was to encourage honesty among the fishermen. There just might be some who would catch a very large kingfish while practicing their techniques, or scouting the best locations, and try to freeze it, or keep it on ice for a few days. They then show up at the weigh-in with their prize-winning fish.

Fortunately we have an instrument called a Torrymeter to dissuade such behavior. The Torrymeter measures the freshness of the fish by analyzing the resistance across the cells. Healthy and fresh tissue has a high resistance. If you freeze tissue, or leave it on ice too long, it breaks down and the resistance drops. This also helps ensure that the fish are edible, because all the kingfish caught are sold to a seafood wholesaler, with the proceeds supporting Jacksonville Marine Charities.

I have also developed some other tests and measurements to determine the fish was caught on the same day and has not been weight-enhanced in any way.

Two other events are also at Sisters Creek Marina. A “Down at the Docks Fishing Derby” with the Down Syndrome Association of Jacksonville provides an opportunity for individuals to enjoy fishing from the docks. And a Redfish Tournament is the Saturday after the Thursday-Friday of the kingfish tournament for those folks who don’t want to venture offshore no matter how big the prize. But some do both.

It is this rich abundance of opportunities that makes Northeast Florida special.

Do large tournaments like the Kingfish Tournament damage the fish population?

It’s my opinion that large numbers of anglers trolling hook and line do not do any permanent damage to the overall number of kingfish. But please understand that we have the ability to catch every fish in the sea if we let it happen. Large commercial use of nets with spotter planes almost destroyed the menhaden fish population. Menhaden are an important food for kingfish. We have also dredged and filled wetlands and salt marshes that are important juvenile fish habitat. So while we didn’t do it with hook and line, we have affected the population in other ways.