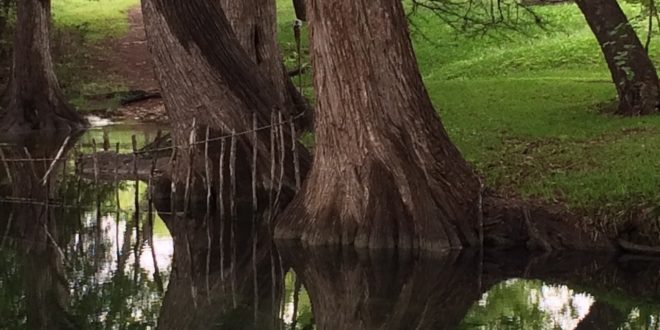 What a year it has been. Back-to-back hurricanes in 2016 and 2017 leave us hoping for a quiet and uneventful 2018 — at least as far as meteorological events go. But if the past is any indication of the future, that is wishful thinking. The world is changing and weather patterns are part of that change, so all we can do is prepare for the worst and hope for the best.

One recurring theme the last few months for this column has been the impact of Hurricane Irma. After over four decades of studying the river, the lasting impact of Irma still amazes me. One huge piece of that wonder has been the long-lasting impact on salinity, with a somewhat smaller amazement at the continuing high water levels.

Salinity in the St. Johns River is critical to how it functions ecologically. But the actual role of salinity is much harder to understand. So what if the salt content is higher now than it was 50 years ago, or lower now than it was last year at the same time?

Nature loves balance. When you study ecology, you are really trying to understand that balance. Life has evolved to let organisms grow where they can survive. They seek to find a balance in what they need to live, survive and reproduce. Generally plants and animals have found their niche, or role, in the environment, based on their physiological abilities to succeed in their particular habitat. But why?

We can use salt content as one of those factors, and it helps to illustrate why salinity is so important. I’m going to use fish as my example of how and why animals adapt, evolve and thrive in a certain salinity. But the same principle applies to every other living thing, from bacteria and single-celled algae to blue whales and cypress trees.

Every living thing is composed of individual cells. Each one of those cells is essentially a sack of salt water. The exact amount of salt varies depending on the kind of environment they have evolved in which to live. What is especially interesting is that the cell is constantly working to maintain a certain balance between the salt content inside the cell and the water environment outside the cell. If the cell is in freshwater, then the work is to keep salt in and not to let too much freshwater come into the cell and destroy it. In a similar fashion, if the cell is in salt water, then the fight is to keep water from leaving the cell and destroying it.

Freshwater fish are a collection of specialized cells and organs that work together to maintain the necessary salt balance inside the animal by actively absorbing salt into the body while working to keep water out. Saltwater fish are doing the exact opposite to limit the amount of salt coming in while absorbing water. A few species have evolved to be able to reverse those processes, like salmon, shad and eels, and they move from fresh to salt or vice versa, but only on a limited basis.

It is because of this critical salt balance that plants and animals have evolved to live where they can use the existing salt content to their advantage. Very few plants can live in salt water (mangroves and salt marsh cordgrass are two local examples). Our freshwater grasses and cypress trees do not tolerate salt and die when exposed to salt content for any length of time. This is why we are seeing dying cypress trees in Julington Creek and virtually no submerged aquatic grasses in Jacksonville.

Animals that can move to find the desired salt contact do, but if they can’t move, like oysters, barnacle and cypress trees, they die. Thus the salinity of the river plays a huge role in its ecology, and anything that changes that salinity affects the river.

We seem to be having continued flooding unlike anything I have ever seen. When do you think the St. Johns River is going to return to normal water levels, and why has it taken so long to do down?

That statement and question have been pretty consistent ever since Irma occurred in September, and the answer is simply we don’t know. We have altered the environment so much with impervious surfaces like buildings, roads and parking lots, while we simultaneously filled wetlands, diverted drainage patterns and dredged the river deeper while allowing tributaries to fill in, it is no wonder that we are seeing changes in flooding patterns. The good news may be that we can learn from our mistakes, but the bad news is that it often takes a disaster to teach us about those mistakes. Even then there is a tendency to blame someone else. Then it costs us lots of money to make the corrections, if we can.