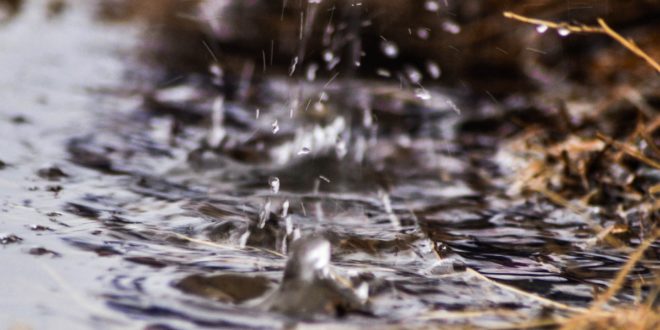 What a difference a month makes.

For faithful readers of this column, first, thank you, and second, you might remember that last month’s column was about the impact of the drought and the fires that resulted.

Now, we are experiencing a monsoon-like season the likes of which I’m not sure we’ve seen in the 40-plus years I’ve been in Jacksonville.

The daily deluge is almost unbelievable. Last month, I wrote about how far behind we were in the rainfall to date. Now we are far ahead of our normal amount. And this is not even our typical rainy season, which is still to come.

So what is the impact to the St. Johns River from all this rain?

It is important to realize that the rain does not fall uniformly across the area. The official rainfall is recorded at Jacksonville International Airport, or at least at the U.S. Weather Service located near the airport. But localized amounts can vary tremendously. One day the official amount was 1.6 inches, while at the Marine Science Research Institute at Jacksonville University we had more than 3 inches, and my little home rain gauge was nearly 4 inches.

After such a prolonged drought, there was a lot of buildup of debris in the stormwater system that got flushed out into the river. The timing of this massive rainfall also corresponded to when many homeowners fertilized their yards. So, along comes the rain and again, flushes much of that fertilizer into the river. Depending on what happens as the summer progresses, this may trigger a massive algae bloom. We will just have to wait and see.

Another thing to remember about the freshwater that runs off is that it is less dense than sea water. So the runoff flows out initially on the surface. We had watched the salinity gradually increase during the drought in the St. Johns River at JU, where we have a station to measure the temperature and salinity. The normal pattern is for the salinity to increase during the rising tides and then gradually fall as the tide ebbs.

Now, as the rain continues, we have watched the salinity gradually drop, but without the typical flux with the tide. The amount of freshwater flowing out of the river essentially overwhelmed the ocean tidal influence. Part of the problem is the amount of surface area within the drainage basin that we have developed, converting forested areas into homes, driveways, roads and parking lots. This speeds the rate of runoff dramatically, with initially there being essentially freshwater on the surface and salt water on the bottom. This gradually changes as the tides and the wind mix the water.

River life does surprisingly well during these shifts. What can move, like shrimp, fish and crabs, follows the salinity it needs, while what cannot move, like oysters, barnacles and clams, manages to survive. If the conditions persist for long periods, the sessile, or immobile, organisms do die off.

You can follow the river’s conditions in almost real time online. The station at Jacksonville University is part of the National Oceanographic and Atmospheric Administration’s (NOAA) Physical Oceanographic Real Time Sensors (PORTS) system. You can search for “NOAA PORTS Jacksonville,” which will take you to NOAA Tides and Currents, and you will see the map of all the stations along the river. A little exploration and you can see an assortment of measurements at the various stations along the river from Mayport to Racy Point just north of Palatka.

How much of the river runoff with all its debris and fertilizer actually leaves the St. Johns River?