Home » All Sections » RIVER LIFE: On flip side, hurricane offers some environmental benefits 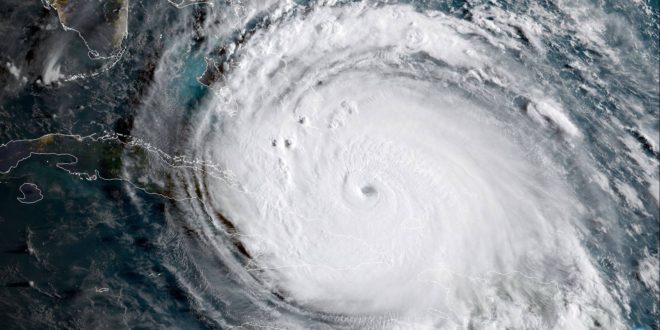 RIVER LIFE: On flip side, hurricane offers some environmental benefits

In the aftermath of Hurricane Harvey that wreaked havoc on Houston, the question was often asked: Could it happen here? The answer was pretty straightforward: “Yes, it is not a matter of if, but when. Remember Matthew?”

Little did we realize how soon we would be affected by a hurricane. Irma certainly left her calling card on Jacksonville and the entire state.

The power and ability of the St. Johns River to change the landscape and alter the physical environment was on display as the wind and rain came earlier this month. It wasn’t the first time and certainly won’t be the last that Jacksonville and the surrounding area are hit by storms and flooding.

Hurricanes can actually have a positive impact on the environment. The tremendous amount of energy expended can help stir up the ocean and mix nutrients from the bottom back into the water column. That same energy on land, expended as wind, helps knock down dead and dying trees. As the trees fall, it opens up the ground for new trees to grow. Meanwhile, the old fallen trees begin to decay and their nutrients are released back into the soil.

Even the tremendous amount of rain has a beneficial effect, flushing our tributaries and recharging our ground water.

The St. Johns River’s natural geography is designed to accommodate a large influx of water with low-lying terrain that can flood. These same wetlands, or flood plains, serve as the kidneys of the river, flooding and removing nutrients and sediment as the water moves slowly through the vegetation.

These dramatic and earth-moving events only happen once in a while. The waterfront flood plains and their associated wetlands offer attractive places to build homes and live. So in we go, filling, paving and shaping the landscape to suit our needs and make money for the developers.

Only after a severe storm or hurricane roars into town, toppling trees onto cars, homes and the electrical grid; flooding our neighborhoods; and destroying bridges and roads, do we realize the possible impact these storms can have on our lives.

Makes you wonder if we will ever learn.

Regretfully, we have very short memories, and we go right back to where we were just flooded out and rebuild. Sometimes we will raise the height, or design the structure to withstand stronger winds, but back we go. And we do it time and time again.

And this is not just in Jacksonville. Some areas of Florida have been destroyed numerous times and yet people still rebuild and return to the area, only to have it happen again in a year or two.

We are in many ways our own worst enemy. We buy insurance, complaining that the rates are so high because we live in a flood zone, and the insurance allows us to do it all over again.

The world is changing due in part to our attempt to alter and control our environment. We fill and pave wetlands, cut down trees and forests, build in the flood plains, burn fossil fuels and, in general, try to control nature. But nature always wins. Sea level is rising and the earth is warming. Climate change is real despite what some poorly informed people will try to tell you. I am continually amazed at the misinformation being presented.

What we do and how we live does make a difference. When will we ever learn?

What would have happened if Northeast Florida had gotten 50-plus inches of rain during Irma, like Houston did during Harvey?

Northeast Florida receives on average of about 53 inches of rain a year. And you see how much flooding occurs when we have heavy rains of 6 to 8 inches during a nor’easter. Irma had about 10 to 12 inches of rain, but on top of a high tide and storm surge. If we had added another 40 inches of rain, there would have been even more extensive flooding than what occurred. At the Marine Science Research Institute at Jacksonville University, flooding during Irma reached about 6.5 feet above the average water level, and I suspect flooding would have reached to the 10-foot level if we had an additional 40 inches of rain.