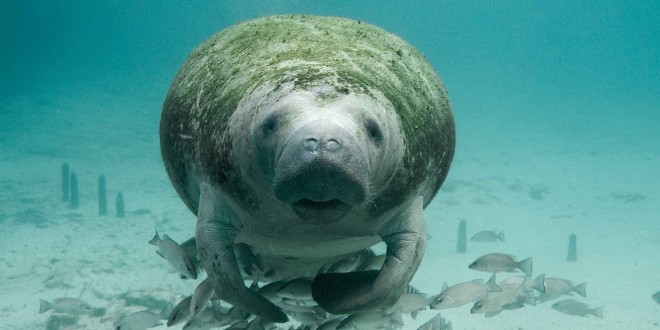 What a fantastic time of year to be in Northeast Florida. For those of us in academics, graduation is almost here as we conclude yet another school year, with most of us commenting how fast the years seem to pass. When I was young, my father told me that time seems to go faster and faster the older you get. Boy, has that turned out to be true.

But summer does not mean time off.

Many of us will spend it doing research, writing and maybe traveling. Summer is the chance many of us get to devote time to projects we don’t get to do when we are teaching. Some will teach summer classes, and we will have a marine science summer camp for teenagers at the Marine Science Research Institute in June. And almost before you know it, another school year will be upon us.

For now, the warm weather lovers can rejoice, the temperature of both the air and the river is rising. New growth is emerging, and young animals can be seen exploring their new world. Dolphins and manatees are active and can be seen if you spend a little time just watching the river. We had a reported sighting of two manatees and 12 dolphins downtown during One Spark.

There was even more good news on the manatee front this year when, during the synoptic sampling in February, a record high 6,063 manatees were counted. The synoptic sampling event is when almost 20 agencies, including Jacksonville University with funding from the city of Jacksonville, fly and observe manatees throughout the state, all within a few days of each other. This count represents the minimum number of manatees we know are in the state. There are probably more, but we don’t know exactly how many.

The 2015 number is almost a thousand more than the previous high of 5,077 in 2010. Normally, we like to do the synoptic flights immediately after a strong cold front has passed through the state. However, this year’s predicted cold front fizzled and the weather was unseasonably warm.

One reason for the successful recovery of manatees from near extinction has been the cooperation from the boating public who have obeyed the laws and observed the manatee protection zones.

So, if you are out and about on the river in a boat, wear polarized sunglasses so you can see the swirl of the manatee fluke as it dives down into the river. Go slow in shallow water and observe the manatee zones when you are near shore. Do not feed, water or attempt to touch a manatee. Such actions are illegal and can harm manatees in the long run by getting them used to people and putting them into harm’s way, albeit unintentionally.

And, yes, there is an app for that. It is called Manatee Alert, and you can download it for free from your app store.

In December, River Life mentioned that JU was deploying a drifter. What ever happened in that study?

JU’s Physical Oceanography class released three buoys at the mouth of the St. Johns River: Crystal, Big Boy and Wilson. The blog site is http://jenniferjessicabuo.wix.com/judrifterbuoy. Big Boy and Crystal were short-lived and did not travel very far, but Wilson went south to Cape Canaveral, looped about in some eddies, and is now in the Florida Current, north of Jacksonville and about to be in the Gulf Stream. This is the same current but it has a different name as it moves north of Cape Hatteras. Log on and follow the water that used to flow though Jacksonville.