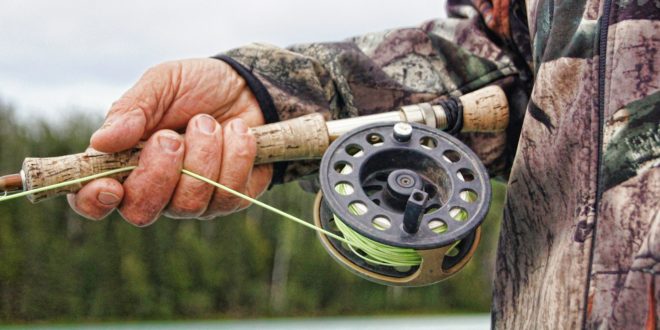 RIVER LIFE: Anglers get chance to be part of river reef study

The St. Johns River is picturesque, flowing gently though Jacksonville. We look at and admire the beauty and tranquility of the water while enjoying the peaceful and calming effect.

What we see on the surface doesn’t tell the whole story. Beneath the waves lies an unseen world of marine life more dangerous than you might think.

Now everyone knows about the fish, crabs, shrimp and other aquatic life that exists in the river. While abundant by some standards, we have severely affected the river by dredging, bulk-heading, filling and discharging excessive nutrients. The river today is nowhere near the river it was 200 years ago, or even 100. So what can we do to help the river life improve and maybe even partially recover some of the numbers, size and diversity?

One possible solution is to try to create habitat in the river that will give the marine life more food and opportunities to reproduce. By placing material like concrete rubble, recycled culverts and even man-made structures in the river, we can provide increased surface area for food to grow, juvenile fish to hide and marine life to increase.

In 2014, the city of Jacksonville did exactly that. With support and encouragement from the local chapter of the Coastal Conservation Association, and a grant from the Florida Fish and Wildlife Conservation Commission, as well as technical help from an organization called TISIRI (Think It, Sink It, Reef It), two river reefs were created off San Marco.

These are not reefs like you might imagine populated by coral and colorful fish, but rather they are concrete that gradually allows first barnacles, then oysters and finally mussels to grow and cover the concrete. These organisms provide food for fish and other marine life, while the nooks and crannies allow the small juvenile fish to hide and grow until they are no longer food for other fish.

Scientists from Jacksonville University’s Marine Science Research Institute are conducting studies on how these reefs are doing — what is growing on them, what fish are being caught and how many fish are there.

The researchers could use your help. If you would like to fish these reefs as part of the research, please send me an email and we will send you a map with the coordinates and a brief survey to fill out.

But be careful. Earlier this month while fishing the reefs, I encountered some of that aforementioned sinister marine life . As a marine biologist, I have been bitten by crabs, stung by jellyfish, stabbed by catfish spines and burned by fire coral, to name some of my more painful moments. But that day, we happened to catch a small stingray. It’s something I have done many times, and I dutifully said to the student with me, “Watch out for the spine on the tail!” Then I grabbed a pair of pliers to carefully remove the hook and release the ray back into the river.

In an instant, the ray flicked its tail up and poked me with the spine in my finger. No big deal, I thought, as I saw the small puncture wound.

But what happened next was the most painful experience I have ever had. For about the next three hours, I was in the most terrific pain imaginable. I mentioned my previous painful experiences, which have included a non-marine related bout with kidney stones, but nothing comes close to what I felt that day on the river.

So, the next time I say, “Watch out for the spine!” I will really mean it.

Scientists recently predicted the harmful algae bloom that is currently occurring in the St. Johns River. What gave them so much confidence to make that prediction?

The so-called “Green Monster” is caused by excess nutrients and warm water. So with the very mild winter, during which the river never got very cold, plus the continued input of excess nutrients into the river, the conditions were setting up the ideal situation for the blue-green algae or cyanobacteria to bloom or reproduce rapidly, effectively turning parts of the river bright green.