Home » All Sections » River Life: A history of predicting hurricanes 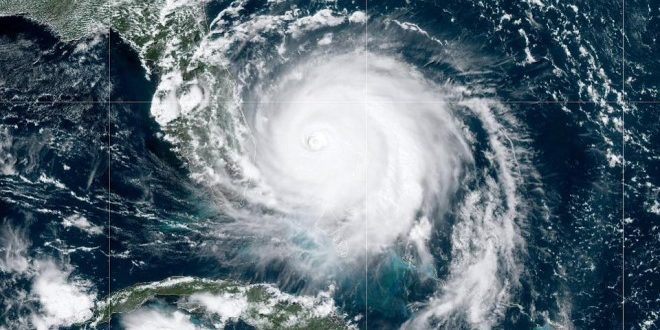 The impact of hurricanes to the coastal Southeastern United States is huge, especially to Florida and locally to the St. Johns River.

Hurricane season officially started Monday. But we have already had two named storms, with Bertha striking South Carolina last week and a possible third spinning in the Atlantic. It was amazing how fast those storms developed.

This may prove to be a very busy year for weather events. It is the fifth season in a row with above-average hurricanes and storms being predicted by the National Hurricane Center.

The last year with no hurricanes was 2013, with 2014 and 2015 having below-average numbers as well. In 2015 we began a string now six-years long with named storms occurring before the traditional June 1 starting date. It may well be time to revise the beginning of hurricane season.

Everyone complains about our ability to predict the weather and major storms like hurricanes.

However, our ability to track and predict hurricanes is still developing. The models used are only as good as the data that we enter into mathematical equations. It is very complicated to gather all the variables and try to figure out what is important and what is not.

Data from hurricanes is still very much in its infancy. Prior to World War II, what we knew about hurricanes came from ships passing through one and surviving to report what they had experienced.

We have a long history of using information gathered from ships to understand the ocean and its behavior. When Benjamin Franklin was U.S. postmaster general, he had ships carrying mail to and from Europe gather sea surface temperatures as they traveled back and forth.

When he was ambassador to France, he had noted that it took longer to return from Europe than to get there. He learned from experienced ship captains who explained the currents they encountered. He then used that information to map the Gulf Stream in 1770.

The Germans had done extensive mapping of the Atlantic after World War I, using the research vessel Meteor to study the North Atlantic. That gave them a tremendous advantage at the beginning of the second World War with submarine warfare.

Beginning in about 1950, we began flying into and around hurricanes to gather information. We started to understand that sea surface temperatures and the movement of high- and low-pressure zones played a role.

It was not until we launched the first weather satellites in the 1960s that we began the modern era of weather forecasting. Now, we routinely expect to see high-resolution images of rainfall and storm patterns.

Plus, we have a series of data-gathering buoys in coastal waters, along with high-frequency radar installations stationed around the country to help map winds and currents. Our ability to successfully map and predict storm behavior is rapidly improving, but we still have a way to go.

We only need to look back to last season to see the dramatic impact of hurricanes on our coastline and economy.

This year may be particularly challenging. COVID-19 has caused us to rethink evacuation plans. You may well be asked to shelter in place rather than evacuate.

That means you need to prepare now for hurricane season. You cannot afford to wait until the last minute. Remember Irma.

Where can I get information about current weather conditions along the coast?

View their Hurricane Resources (secoora.org/hurricane-resources) page for real-time buoy data that is used to make weather forecasts as well as links to other important hurricane data websites.

Check out their new tool, Eyes on the Storm (hurricane.portal.secoora.org), which allows you to follow the path of a named storm and access real-time data from actual stations in the hurricane’s path.

If you want more information, watch a webinar (youtube.com/watch?v=GPmfaOu49x0&t=1s) on how underwater gliders are improving tropical storm intensity forecasts with real time data.