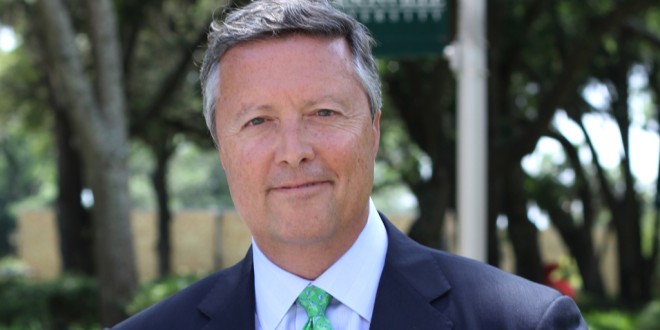 Jacksonville University’s President will join the elite list at an induction Nov. 18 at the Florida Council on Economic Education’s 17th annual First Coast Business Hall of Fame luncheon, an event that honors the region’s most outstanding business and civic leaders while raising money to support economic and financial literacy education for area students. 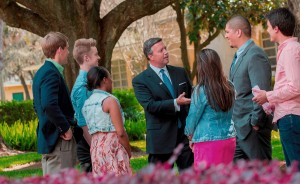 This year’s honorees become part of a distinguished group of individuals inducted into the Hall of Fame since its inception in 1999. They are nominated by local business peers and are only named after a rigorous final selection process by previous awardees and community leaders.

“The honor is reserved for leaders who’ve made significant impacts through their business and civic achievements and by serving as lifelong examples of integrity and high ideals,” according to the FCEE. “Members of the Hall of Fame are inspirations to young people who will follow in their footsteps.”

At PepsiCo, he was responsible for “strengthening and protecting PepsiCo’s corporate reputation and strategically aligning its communications, public policy, foundation, investor relations, global health and regulatory agendas,” according to PepsiCo Chairman Indra Nooyi, who is regularly ranked by Fortune Magazine at the very top of its annual “50 Most Powerful Women in Business.” While at Wyeth, Cost was a senior executive team member who led the negotiations and execution to create two of the largest multi-billion dollar mergers in history with pharmaceutical company Pfizer. At ARAMARK, he was a senior executive team member overseeing a $10 billion management-led buyout, taking the company private in 2007. 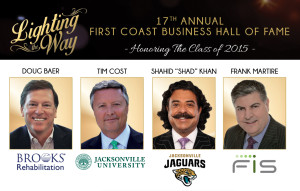 Since arriving at JU, Cost has re-energized the University to focus on its undergraduate core and highly ranked professional programs to ensure superior student outcomes. To attract and retain the best, most talented students and strengthen JU’s competitive edge, Cost has brought in top talent, upgraded facilities and programs and positioned the University as a high-impact player in the region.

Among his many accomplishments, he has

In his many civic contributions, Cost is helping spearhead the Renew Arlington redevelopment initiative with the city to improve the area surrounding JU; is Lead Chair of the Jacksonville Sheriff’s Strategic Initiative that will convene four citizen-led task forces to examine JSO and key areas of business at the agency; and is Chair of the education advisory board for the region’s community-based STEM2 Hub initiative meant to beef up education and training in the STEM2 (Science, Technology, Engineering, Math, Medicine) fields. He serves on the boards of Web.com (NASDAQ: WWWW), JAX Chamber, the Jacksonville Civic Council, Brooks Rehabilitation, the Jacksonville Symphony Orchestra and the inaugural NCAA Division 1 Presidential Forum, among others.

In existence for more than 30 years, the FCEE prepares Florida youths for personal and financial success through educational programs in economics, the free enterprise system and personal financial literacy. It has trained thousands of Florida teachers to teach students from kindergarten through 12th grade to be financially savvy and understand the underlying economic principles of personal financial management. More information is available at www.fcee.org.

The 17th Annual First Coast Business Hall of Fame “Lighting the Way” induction ceremony at the Hyatt Regency Jacksonville Riverfront begins at 11 a.m. Nov. 18 with a reception, followed by a noon lunch and induction. For more information and to purchase tickets, visit http://www.fcee.org/awards-events/fcbhof/.