Home » All Sections » HEALTHY LIFE: Could an infection be underlying diabetes? 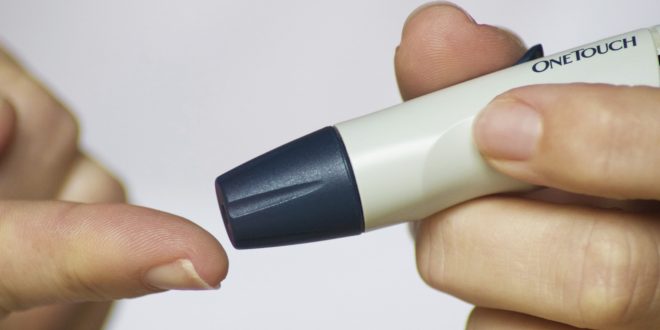 HEALTHY LIFE: Could an infection be underlying diabetes?

According to recent estimates, about 8 percent of the U.S. population is affected by Type 2 Diabetes, but up to 40 percent are unaware they even have it.

Nine out of 10 people with a diagnosis of diabetes have Type 2. While some people have symptoms that include thirst, excessive urination, hunger and more, others will not experience any symptoms until later in the disease process, or perhaps never.

The U.S. Preventative Services Task Force recommends fasting blood glucose screening all adults ages 40 to 70 who are overweight or obese. Other adults may need to be screened based on other risk factors such as family history, personal history of diabetes during pregnancy, or being a member of certain ethnic groups.

Screening with a blood test is the only way to determine if a person has Type 2 Diabetes and is the important first step to beginning effective treatment to avoid further complications in organs such as the eyes, kidneys, heart, brain and nervous system.

The following are patient cases observed and addressed by JU’s School of Nursing faculty and students.

Elena is a 56-year-old Hispanic female who complained of vaginal itching and painful urination. She had been using an over-the-counter treatment without much relief. “I think I might have a bladder infection,” she told the nurse practitioner.

Her family medical history was unremarkable, except that Elena’s father had Type 2 Diabetes. She had been healthy without any medical problems, and denied having diabetes during any of her three pregnancies.

A urine test was collected and analyzed to investigate her current complaints. The results did not indicate any infection, but there was a large amount of glucose (sugar) in her urine. Because it is not a normal finding to have glucose in the urine, a screening lab test was conducted to check Elena’s fasting blood glucose. This test was abnormally high, and she was diagnosed with Type 2 Diabetes.

Jim, 49 and Caucasian, complained of a leg infection after being “stung by some animal” while swimming at the beach three days earlier. Since then, his lower left leg had become more swollen, red and warm to the touch. He had no past medical history. Several blood tests were conducted, and the results showed Jim had an abnormally high blood sugar level, around 300 mg/dL (milligrams per deciliter). A normal reading would be 80-100 mg/dL. He was also diagnosed with Type 2 Diabetes.

While these two patients complained of very different infections, what they had in common was that they did not know they were diabetic and were at higher risk of developing an infection. People living with Type 2 Diabetes may experience poor circulation, weaker immune response to fight off infection, and nerve damage causing incomplete bladder emptying or lack of sensation in the feet. As a result, they may develop infections more easily or have a more difficult time recovering.

If people are adequately screened and then made aware if they have Type 2 Diabetes, they can take suggested precautions to avoid getting infections such as:

• Keeping the Type 2 Diabetes under control with diet and medication.

• Getting vaccinated for flu, pneumonia or other diseases as recommended .

Likewise, if patients with Type 2 Diabetes know they are at increased risk for infections, they can be empowered to seek medical help as soon as they recognize any indication of infection.

Nursed to Health is an occasional feature in The Florida Times-Union in which Jacksonville University School of Nursing faculty discuss symptoms, diagnoses and treatments based on composites of patient cases handled by instructors, students and alumni of JU’s local training programs. Today’s column is by Michelle Edmonds, professor of Nursing in JU’s Brooks Rehabilitation College of Healthcare Sciences.

Information for Nursed to Health is based on actual and composite cases of patients treated by students, alumni and faculty of Jacksonville University’s School of Nursing. Names and specific medical information have been changed to protect private health information, and any similarity is coincidental. For more information about JU’s School of Nursing, visit www.ju.edu/chs/nursing. Readers with specific questions regarding their own health concerns should seek the advice of their healthcare provider.