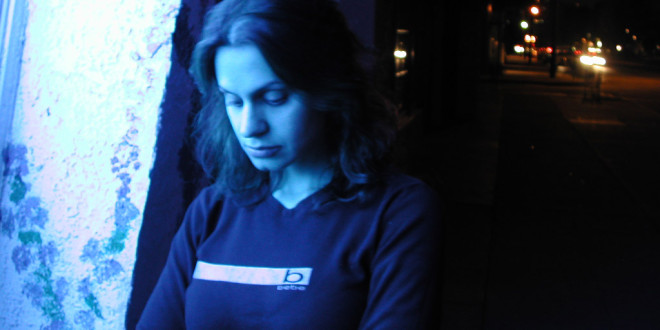 No one is going to get through this life without experiencing some level of grief.

For most of us, when we think of grief, we think of the death of a loved one. This can be devastating, but loss of any kind can bring about intense grief. Grief encompasses all types of loss, and no two people experience grief the same way. This can create challenges. For example, men and women tend to grieve differently, and knowing this early on can be helpful.

Most people don’t need professional counseling when they are grieving, but all individuals need love and support as they begin their healing journey after a significant loss. The majority of individuals just need to be reassured that what they are feeling is normal and, in most cases, it is. But when grief becomes drawn out or complicated, it’s always wise to seek professional assistance.

Nursing students have to deal with their own personal grief issues, of course, but they also must recognize grief symptoms in their clients and assist them through their sad times. Take the cases of Mika and Paulie, discussed with and handled by JU instructors and students.

A 21-year-old single nursing student in her junior year of college, Mika had dated her high school sweetheart, Dalton, for more than five years.

They broke off their relationship over the summer just before the fall semester began, and Mika was devastated.

She had always believed they would get married and raise a family together, and she didn’t know how she was going to go forward alone.

Mika and Dalton did everything together, and had many mutual friends. As school started up again, Mika found it difficult to concentrate and study, was having problems sleeping and eating, felt tired all the time, was irritable, and cried about most everything. Previously, she had been an A/B student, but did poorly on her first exams in the fall.

Her classmates were concerned for her and finally convinced Mika to seek help.

Mika reached out to the counseling center on campus and received assistance immediately. She needed to hear that what she was feeling was normal and even expected following a significant loss such as the one she experienced.

Within a few visits, Mika began feeling better. She realized she was blaming herself for everything (even though she knew in her head that she really hadn’t done anything wrong) and had forgotten how valuable she was as an individual.

For example, she had depended on Dalton to tell her when she looked good or did something exceptional.

She was encouraged to get involved in at least one campus or community activity that required her to use her talents, to eat small bits of healthy foods throughout the day (even when she wasn’t hungry), and to structure her sleep patterns.

She took this advice with little enthusiasm in the beginning, but soon realized that she was feeling better as she developed a routine for sleeping and waking, began sleeping better and making herself eat small amounts.

Over the next few months, she no longer needed the counselor (but knew she was there just in case), became engaged in her newfound group activity, was sleeping and eating better, and had improved her grades.

Another example of healing through grief is Paulie, 25, a married nursing student who recently lost his grandfather to cancer.

Paulie was no stranger to grief: his father was killed while on active duty when Paulie was only 10. He knew the symptoms of grief and, with his wife’s help, worked hard to maintain a well-balanced diet and to continue his daily exercise routine. With his studies, he hadn’t slept as well as he would have liked in a while, but knew he had to work on this as well.

He had his down moments, but he was moving forward. He was in his medical/surgical clinical rotation at the time and was assigned to Marvin, a 32-year-old single man who had recently had his gallbladder removed. The nursing staff was concerned about Marvin as he wasn’t healing as well or as quickly as expected. They were concerned there were complications that were undiagnosed.

Paulie spent his clinical day with Marvin, assessing him physically as well as mentally. In the course of their conversation, Marvin shared with Paulie that his mother had died the previous month, and he wasn’t sure he wanted to go on.

Paulie discovered that Marvin was an only child and had moved back in with his mother to help care for her, as she had been terminally ill. Paulie was able to share things that had helped him when his own father was killed 15 years earlier, and more recently following the death of his grandfather.

He also shared the information about Marvin’s loss with his professor and Marvin’s nurses, who were able to provide a multitude of resources to assist Marvin on his healing journey (both physically and emotionally).

Marvin’s physical condition began to improve, and he was soon able to be discharged with follow-up care. Marvin thanked Paulie and took his advice to seek assistance. Paulie also benefited by sharing his experiences and what had helped him.

Nursed to Health is an occasional feature in which Jacksonville University School of Nursing faculty discuss symptoms, diagnoses and treatments based on composites of patient cases handled by instructors, students and alumni of JU’s local training programs. Today’s column is by JU Nursing Prof. Dr. Pam Rillstone, ARNP, who specializes in psychiatric mental health nursing, grief and loss, and bereavement. It appeared in The Florida Times-Union on Sept. 24, 2014.