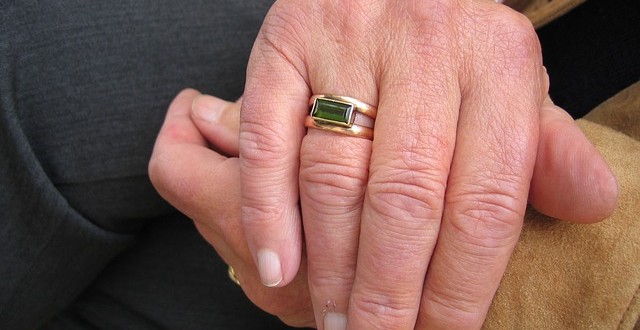 Have you ever had an older adult family member become disoriented, or confused about who they are? Perhaps all of a sudden they could not recognize close family members. Or they were tired and experiencing a lack of energy.

Is this normal, or could it be a symptom of an underlying medical condition?

Here’s a case like those all too commonly handled by Jacksonville University instructors and students.

Etta, 70, has no medical issues and volunteers for local fundraising events.

Etta recently went to her health care provider complaining of the urge to urinate more frequently. The provider recommended Etta drink plenty of fluids, and no antibiotic was prescribed because there was no growth in the urine sample that was sent to the lab.

Etta is a widow and lives independently at home. She was happy to be told that she was not sick and could resume her regular daily routine. On a good day, Etta drank one cup of coffee in the morning and one cup of water at lunch and dinner. She never liked to drink a lot of fluids because she was so active in the community and did not want to have to make frequent stops at the restroom.

Etta became increasingly tired over the week and had a decreased appetite. She was barely drinking two cups of water per day, and was taking more naps in the afternoon. She frequently complained of being cold.

About seven days after her visit to the health practitioner, Etta became lethargic, sweaty, pale and slightly disoriented. Walking a short distance from the chair to the kitchen caused her to become short of breath. Etta was also slightly confused and had difficulty responding to questions when speaking to her daughter on the telephone.

When visiting, Etta’s daughter noticed her ankles were swelling and that she was slightly short of breath. Her mother was urinating in very small amounts, and the color changed to dark amber brown with a strong odor. Her daughter took her to the hospital.

The CBC revealed a high white blood cell count that indicated an infection, and it also showed a low hemoglobin level, indicating mild anemia that explained the shortness of breath.

Etta’s sodium level was high and the potassium was borderline low, correlating with dehydration. The blood gas results indicated that her oxygen levels were low, and this is associated with anemia. The urine culture revealed microorganism growth that indicated a urinary infection, and the blood cultures were positive for a blood stream infection. The urinary infection traveled to the bloodstream, causing urosepsis.

The elderly are at in increased risk for a urinary tract infection (UTI) that can travel to the bloodstream and become a systemic urosepsis infection affecting the entire body. At some point, Etta had a urinary infection that progressed to urosepsis.

A UTI in younger adults present symptoms of a low-grade fever, burning and frequency of urination. That’s not the case in elderly patients; the first noticeable symptom could be increased mental confusion that often results in falls as the sepsis progresses.

Dehydration may have been a precipitating factor in Etta’s urinary infection because the elderly frequently do not drink enough fluids throughout the day, and this can increase the risk of a UTI.

The anemia was caused by iron deficiency and a poor food intake. The shortness of breath was directly related to the anemia. Etta’s swollen ankles were related to increased sodium levels, which cause water retention.

Etta was admitted to the hospital and was given intravenous fluids for the dehydration, intravenous antibiotics for the urosepsis and iron supplements for the anemia. After several days in the hospital, she was discharged and made a full recovery.

The moral of the story is to take note of any new onset mental status changes in the elderly. Do not dismiss the changes as the person is just getting older and confused.

Urosepsis can progress to the body’s organs, shut them down and become life-threatening. Prompt identification of these symptoms and treatment can prevent serious urosepsis complications or death.

Nursed to Health is an occasional feature in which Jacksonville University School of Nursing faculty discuss symptoms, diagnoses and treatments based on composites of patient cases handled by instructors, students and alumni of JU’s local training programs. Today’s column is by JU Assistant Professor of Nursing Kathleen Kavanagh DMHc, MSN, Ed. RN, director of the STAR (Simulation Training and Applied Research) Center in the JU College of Health Sciences. It appeared in The Florida Times-Union on Jan. 28, 2015.