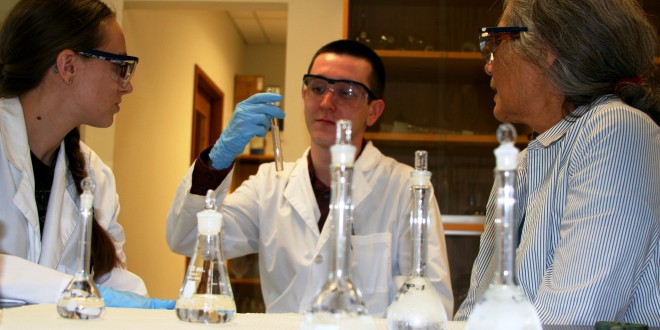 A four-year comprehensive study of mercury levels in the St. Johns River will determine if Duval County residents are at greater risk of exposure than the rest of Florida, with JU researchers and students using a $25,000 grant to take on the most difficult aspect: determining where the dangerous metal is present at its most toxic.

Dr. Lucinda Sonnenberg, director of the Millar Wilson Laboratory for Chemical Research and a professor of chemistry, will lead JU research assistants including chemistry majors Nolan Carney and Alyssa McCaskey in a challenging effort to take measurements at several sites that may pose an unusual risk to residents.

“We will assess mercury in the water, air, sediment and fish, and see whether popular recreational streams with direct discharges are highly contaminated with methyl mercury, the most toxic form and the form taken up by fish and other organisms,” she said. “We’ll determine if the mercury there is posing an unusual risk to public health and the environment.”

Sonnenberg wrote the overall proposal for a $98,000 grant awarded by the City of Jacksonville’s Environmental Protection Board to evaluate mercury in the Duval County environment, an issue first raised in the annual St. Johns River Report that is produced by scientists from JU, the University of North Florida and Valdosta State University. The mercury project is a collaboration of JU, the city’s Environmental Quality Division and the Florida Fish and Wildlife Commission. 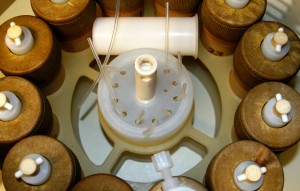 Starting this fall, JU students and city environmental field scientists will take water and sediment samples and assess them for mercury in the city’s lab, using a special mercury analyzer acquired through the grant. They will also sample a variety of fish with Florida Fish and Wildlife Commission personnel as part of its Fisheries Independent Monitoring Study and analyze the fish tissues for mercury.

Preliminary data should be available within 12 months, with a final report after the fourth year highlighting a county-wide assessment of water, sediment, fish and air, along with an analysis of potentially high-risk areas. 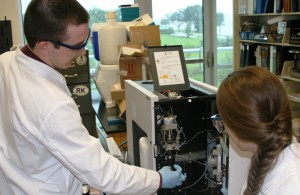 “Mercury contamination in Duval County is not well understood, but we do know that direct discharges to the lower St. Johns River waterways averaged over 4 pounds per year between 2009 and 2013, the last year for which data are available, and that almost 80 percent of that was discharged into Duval,” Sonnenberg said. “In addition, a statewide Total Maximum Daily Load report found that average concentrations of mercury in fish in the lower St. Johns exceeded limits for sensitive populations such as women and children.”

Water and sediment samples will be taken at the high-use sites of Julington Creek, the mouth of the Ortega River, and at Main Street and the Trout River, as well as at several other routine monitoring sites, according to a study summary. In addition, air mercury concentrations will be collected at sampling locations at Yellow Water Road, Sheffield Elementary School, Mayo Clinic and Cisco Road. 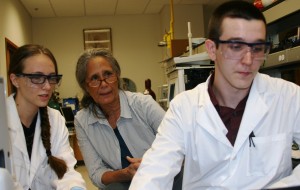 The city’s Environmental Protection Board has been concerned about mercury since at least 2007, when the Institute for Public Interest was charged by the Board with summarizing the local status of mercury, according to Sonnenberg. Results at that time indicated that little was known, but funding was not approved for further investigation.