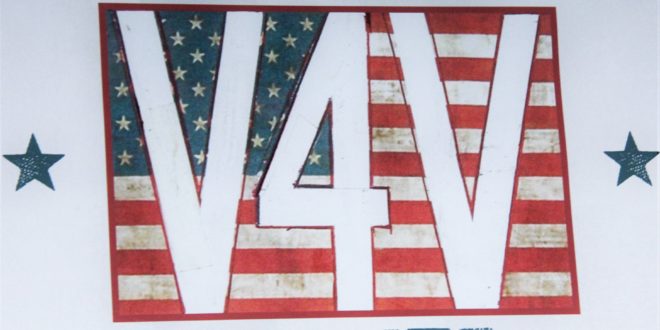 Academics, financial aid, career counseling, healthy living, healthcare. At Jacksonville University, student-veterans help one another with just about everything.

They lived that life in the military. They live it on campus. Many say the camaraderie and cooperation are reasons why JU ranks among the most military-friendly universities in the country and is consistently recognized by U.S. News and World Report. In the U.S. News 2019 rankings released this month, JU moved up 22 places to 16th among the Best Colleges for Veterans in the South.

“We’re all about mentorship,” current President of the JU chapter of the Student Veterans of America and 14-year Army vet Jeremy Parker told his membership at a recent meeting at Defender’s Den, the Founder’s Building space dedicated to the military on campus. “This is your home. Here, we work together.”

Mentorship and teamwork typically start with Mike Mitchell, JU’s Director of Military and Veterans Resource Center, Navy vet and JU alumnus. Many of JU’s approximately 460 student-veterans rely on him as a counselor, problem-solver and cheerleader. The counsel and collaboration extend, however, from the President’s office through the faculty, staff, and student body.

“On my first visit to campus, I met Mike Mitchell and President Tim Cost,” says Felicia Parker, a current sophomore and 21-year Army and Navy vet. “The president drove me around in a golf cart. I knew on that first day that JU was the place for me.”

Something similar happened to freshman and 4 ½-year Army vet Brennon Ano when he visited JU for the first time.

“Mike Mitchell showed me around. He sold me,” Brennon said. “It was the first place I visited, but it seemed like a great fit.”

While the community support and mentoring they receive convinced many current student-veterans that JU fit them, the University also offers unique financial assistance. It is one of only a handful of schools that maximize the Department of Veterans Affairs’ (VA) Yellow Ribbon tuition program as well as benefits under the Post-9/11 GI Bill. Under the Yellow Ribbon program, JU fully funds tuition and fee expenses that exceed the established thresholds under the Post-9/11 GI Bill. Most other universities offer only partial tuition and fees.

“When I was looking for a great college, JU was on my list,” Jeremy says. “It proved to be a more vet-friendly program than anywhere else, and the Yellow Ribbon program is a big part of that.”

Mr. Mitchell also reaches into the local veterans’ community to provide support and guidance. On Thursday, Sept. 11, for example, Clay Purdue, local outreach coordinator for the VA, organized a veterans’ focus group on campus. Local vets, both students and non-students from the community, shared stories of their successes and frustrations with services provided by the VA. VA professionals attended to listen and provide advice.

For some students, such as Jacqueline Moise, a 27-year Navy veteran currently enrolled in the Executive Master in Public Policy Program, JU’s community connection initially caught her interest. She originally came to campus to see Dr. Makaziwe Mandela, daughter of Nelson Mandela, receive the Jacksonville University 2019 Presidential Global Citizen Award last summer. During Jacqueline’s visit, she met Rick Mullaney, Director of the Public Policy Institute, and members of his team, and decided to enroll in the program. They connected her with Mr. Mitchell, who then guided her through the admissions process.

Aisha Lee, a 12-year Army vet and current junior in the undergraduate Nursing program, said retention rates greatly influenced how she narrowed down her school choices.

“When I refined my search in schools, it became about what schools were doing to keep their students,” Aisha said. “JU had one of the highest retention rates of the schools I researched.”

But even for her, the final decision to attend JU came down to the veterans’ community she found around her.

“When I went from military to civilian life, I left the pack and became a lone wolf,” she said. “From the moment I stepped on campus, I belonged.

“I thought, if this is how life as a civilian goes, I’m all in.”