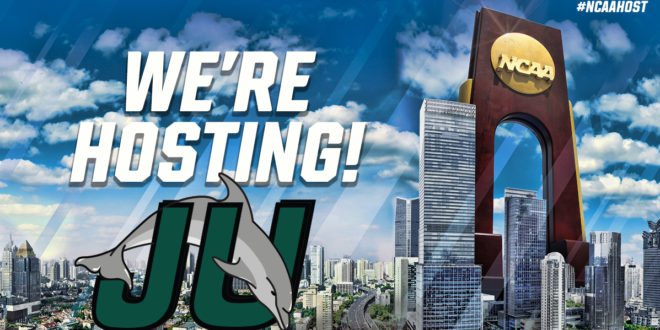 In collaboration with the JAXSPORTS Council, March Madness returns to Veterans Memorial Arena in 2019, and Jacksonville University will serve as host for first and second round action.

The city’s fourth stint as an NCAA Tournament site has captured events in the 2006, 2010 and 2015 seasons, with JU selected as the host institution each time.

“It is an honor and privilege for Jacksonville University to again serve as host institution for this major sporting event,” said University President Tim Cost, who also currently serves as a member of the NCAA Board of Directors. “We are committed to helping Jacksonville take its rightful place nationally as a rising sports and entertainment hub, and JU’s talent and dedication can always be counted on in service to that cause.”

The last three NCAA regionals have brought teams like North Carolina, Xavier, Baylor, California, Duke, and Florida to the First Coast, and produced two national champions in 2010 (Duke) and 2006 (UF).

The 2019 NCAA Tournament dates in Jacksonville will be played March 21 and 23.

“Having the NCAA Men’s Basketball Tournament back in Jacksonville is a huge benefit to our university, our great city and the sport,” echoed Athletic Director Alex Ricker-Gilbert, a recent appointee to the NCAA Division I Council. “We have a rich basketball tradition, and are excited to include our university’s presence in one of the biggest and most thrilling sporting events in the country. I am extremely pleased that Jacksonville University will again serve as cohosts with the JAXSPORTS Council, and I commend Rick Catlett and Alan Verlander for their hard work in making this happen.”

The JAXSPORTS Council also announced that the University of North Florida would serve as the host institution for the 2019 and 2021 NCAA Division I Track and Field Outdoor Championship.

For more information on either the 2019 NCAA Men’s Basketball Tournament or 2019 and 2021 NCAA Track and Field Regionals, visit www.jaxsports.com.