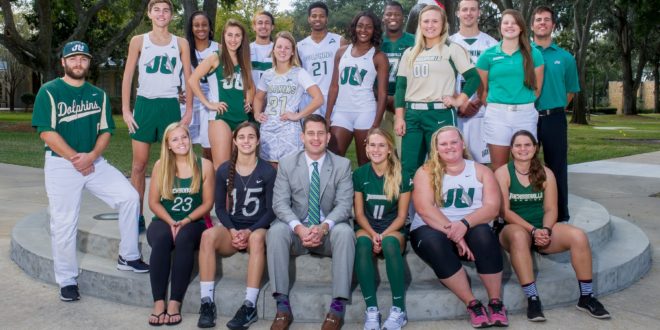 The University’s voice on issues surrounding student athletes across the nation has doubled with the announcement that Athletic Director Alex Ricker-Gilbert is the newest member of the NCAA Division I Council. The council reports directly to the NCAA Division I Board of Directors, and President Tim Cost was named to that governing body last fall.

“It is an honor to represent Jacksonville University and the ASUN on the NCAA Division I Council,” said Ricker-Gilbert. “For JU to have a seat at a table of decision-makers shows the progress we continue to make. Most importantly, this allows us to have a voice in the conversation on how to continue to improve the experience for our student-athletes.”

The former Senior Associate Athletic Director for Compliance and Student-Athlete Services was promoted to the role of AD on May 1, 2016. He also serves on the ASUN Conference President’s Council as the AD representative.

The NCAA Board serves as the overall governing body for Division I, with responsibility for strategy, policy, governance and membership with oversight over legislation.