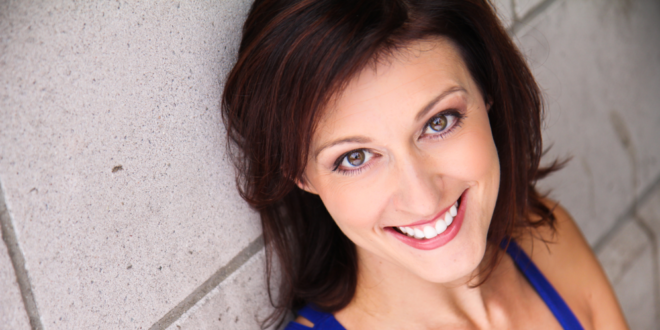 Cast members will be mimicking The King when “Attack of the Elvis Impersonators” premieres Off-Broadway in New York this June, and their dance moves are all coming from the “brilliant” and “immensely creative” mind of MFA in Choreography candidate Melissa Zaremba. The new musical is directed by Broadway veteran Don Stephenson and produced by Lawrence Rosner, with choreography by Zaremba, whose work in past musicals has been reviewed by prominent media outlets as “pure genius,” “addictive and inspired,” “brilliant,” “immensely creative” and “comical.”

“When the soul of Elvis returns to Earth and inhabits the body of the most famous rock star in history, he instructs his disciples that to bring peace to the planet we must all unite as one — and to do that the entire human race must impersonate Elvis,” the play’s webpage states. “Satirizing everything from idol worship to people who have experienced actual healing by their faith in Elvis, ‘Attack of the Elvis Impersonators’ will make you howl (like a canine) as it converts you to Hound Dog, the new religion of peace.”

She most recently directed and choreographed “Smokey Joe’s Café” in Atlanta, and choreographic credits include, among others, “How to Succeed in Business Without Really Trying,” “Sister Act” and “La Cage Aux Folles.” Zaremba has performed and dance-captained dozens of shows regionally with the Marriott Theatre, Drury Lane and Ravinia (Chicago); the MUNY (St. Louis); and Lyric Theatre of Oklahoma, as well as performed on Dancing with the Stars.

The MFA in Choreography in the College of Fine Arts is a leading-edge low-residency program designed to help dance professionals earn master’s degrees in choreography without significantly delaying their careers. Starting each year, students in the two-year program begin their studies with a 10-day immersive residency at the secluded, 7,500-acre wooded White Oak Plantation north of Jacksonville. The remainder of the six-week Summer Intensive is spent in residency at JU. Beginning in July, the MFA program is going international, as the degree will be offered to all of Latin America from studios and classes in San Juan, Puerto Rico.

More on Melissa Zaremba can be found at www.melissazaremba.com.

“Attack of the Elvis Impersonators,” with book, music and lyrics by Lory Lazarus, runs June 1-Sept. 24 at The Lion Theatre in New York. For more information, visit www.elvisimpersonatorsmusical.com.