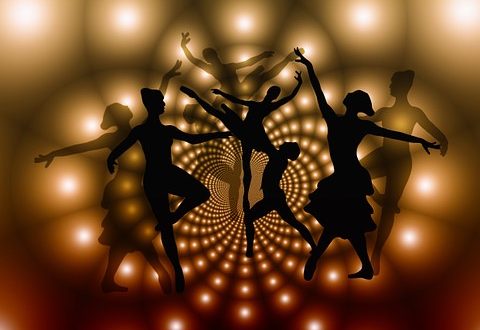 International look for MFA in Choreography

College of Fine Arts leaders and faculty have been looking for ways to keep the Masters in Fine Arts (Choreography) forward looking and ahead of the curve.

In a big way they have found an answer.

Beginning in July, 2017, for the first time the MFA is going international as the degree will be offered to all of Latin America from studios and classes in San Juan, Puerto Rico.

The offering is the result of about two and a half years of research and came after Artist in Residence and co-Director of MFA in Choreography Christina Teague-Mann and adjunct professor Dr. Ana Sanchez-Colberg identified a need in that area of the world.

“She (Dr. Sanchez-Colberg) is heading up the first Bachelor of Arts in San Juan and there’s not a MFA in dance anywhere Latin America,’’ Teague-Mann, who in 2005 developed and directed JU’s first study abroad dance program in France, said. “We wanted to make it a mobile site where the site could change every three years. We looked for the first year at San Juan as there are a lot of post-professional dancers there.’’

While based in San Juan, the program clearly is open to dancers throughout the region.

“While we identified San Juan as a place we could have a good start, we want other Latin Americans to come into the program,’’ Teague-Mann said.

Through the National Ballet of Puerto Rico a site for studios has been found. JU is working with Universidad Del Sagrado Corazon to lease its dorms.

“It’s a leasing of studio space and dorms because this is still a MFA in Choreography, Jacksonville University,’’ Teague-Mann said. “The curriculum is the same (as on campus).’’

Along with Teague-Mann and Dr. Colberg, highly visible guest artists will be on faculty in Puerto Rico.

Well-respected Cuban choreographer Marianela Boan will be first guest artist and llya Kozadayev, a graduate of the JU MFA in Choreography program, currently on faculty at Oklahoma University, will be second guest artist.

The San Juan program will, like the local program, be low residency where faculty and students are face-to-face only six weeks a year.

“We kept asking ‘how do we keep this MFA in Choreography cutting edge?’ ’’ Teague-Mann said. “And we believe this move to Latin America embraces the idea that dance practice is no longer one of national scale but one of transnational and international dimensions.’’

Beginning the program in Puerto Rico, which has had big response throughout the region, was the answer.

“One of the things that sets us apart is we have a strong European influence with the curriculum and that is directly related to practice as research,’’ she said. “It’s not just replicating dance movements, it’s uncovering knowledge from the body. It considers the rigor of technique combined with somatic practice and philosophical enquiries. Opening up the locale in Latin America offers a more complete understanding of the rigor of the negotiation of all three in a choreographed body through a constant international dialogue within each course offered outside of the summer residencies’.’’

One key aspect for the new venture will be to combine the globalization of choreography without losing the localization aspect of dance.

“As we globalize, we have been losing the local,’’ Teague-Mann said. “With dance, we want to go global and don’t want to lose the nuances of the locale. We believe our product is one that allows the local influence to remain.’’