Home » Topics » Health » HEALTHY LIFE: Are you sure it’s a migraine? 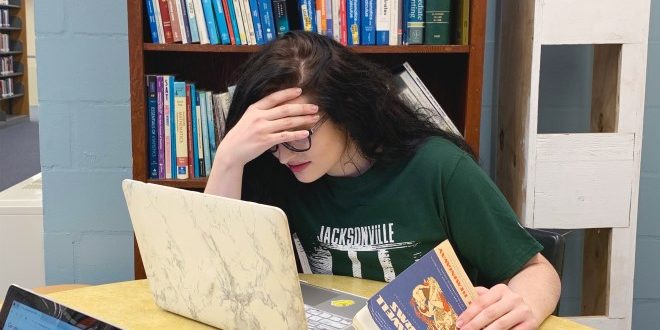 HEALTHY LIFE: Are you sure it’s a migraine?

Have you or a loved one ever experienced a painful migraine headache that became more frequent and chronic?

Some causes of migraines include a family tendency or genetic predisposition, hormonal changes, weather related barometric pressures, brainstem nerve irritation, stress, dehydration, allergies, and migraine triggers related to foods, additives and alcohol. Migraines often begins as a child or young adult. People frequently experience a one sided pulsating headache, but it may also occur on both sides. Prior to or during a migraine, people may experience neck stiffness, tingling of extremities, increased thirst, fatigue, mood changes, difficulty thinking, nausea, vomiting, sensitivity to light and smells, and visual changes such as an aura or halo around an object.

Migraines can also mimic other neurological conditions.  If neurological symptoms worsen or becomes chronic it  warrants a visit to your healthcare provider.

Iris, at age 50, has experienced migraines since her early twenties. Her symptoms worsen after consuming alcohol or foods that included bananas, aged cheese, tomatoes, peanut butter and additives such as monosodium glutamate.

Over the past year, her symptoms have been steadily worsening. She has been experiencing increasing fatigue, base of the skull and generalized intermittent throbbing headaches, difficulty speaking, and occasional garbled words. Iris blamed stress, her busy work schedule, and a lack of sleep for her ongoing symptoms. Iris was increasingly aware when she mispronounced or stated an alternate word by mistake.  Co-workers did not notice the changes in her speech or work performance. Iris’ immediate family members were the first to notice the changes in her health.

During one of the many migraine episodes, Iris developed an intermittent tingling sensation on the left side of her face with radiation into her left arm and leg. She also noticed a slight drooping of the left side of her mouth and an annoying twitching in her left eye. Iris recognized the symptoms might not be related to a migraine and decided to schedule an appointment with her neurologist.

The neurologist ordered blood work, MRI of the brain with contrast, and an EEG.  The neurologist diagnosed Iris with migraines and stated that both diagnostic tests were normal. The physician prescribed medications that quickly resolved the tingling sensations Iris was experiencing. Iris’ headaches did not respond to the medications and increasingly worsened.  She experienced increased difficulty thinking and was soon struggling with lower energy levels that began to interfere with her busy lifestyle. Iris also began to notice that she felt better after lying down and her symptoms worsened when sitting upright or standing.

Since her symptoms were worsening once again, she decided to obtain a second opinion. Iris was concerned that she was not experiencing typical migraine symptoms.

The second neurologist reviewed Iris’ test results and diagnosed her with a cerebral spinal fluid (CSF) leak. CSF leaks occur due to a disruption in the protective lining of the skull, spinal canal, brain, and spinal cord. Within this closed system, cerebral spinal fluid circulates as it cushions and protects the brain and spinal cord, provides nutrients, and performs waste removal. In Iris’ case, the CSF leakage caused her brain to sag downward towards the open space at the bottom of her skull where the spinal cord and brain connect. Normally the supportive structure of the skull supports the brain above the open space. The physician informed Iris that this was not the case for Iris.

The lower portion of her brain (cerebellar tonsils) passed through the skull space into the space occupied by the spinal cord. This was an additional abnormal finding on the MRI known as a Chiari Malformation grade 1. The physician informed Iris that she may have had a genetic predisposition for a Chiari Malformation and that the CSF leak contributed to the pushing down of the brain through the skull space. Chiari Malformations are most often diagnosed in young children thus making it difficult to find a neurologist that specializes in adults with this disorder.

Iris was informed that her symptoms were related to the CSF leak and Chiari Malformation. She was relieved that the physician stated a procedure known as a blood patch could resolve her symptoms. In an attempt to determine the location of the CSF leak, the physician ordered additional diagnostic testing including an MRI, CT Scan and Myelography. Although the CSF leak could not be located, the blood patch procedure was still considered the best option for the treatment of Iris’ condition.

The procedure consisted of an injection of Iris’ own blood into the outermost part of the spinal canal referred to as the epidural space. As the blood from the patch began to clot it created a seal over the location of the CSF leak. It is not uncommon for a person to require two or three patches for full relief of symptoms, especially if the location of the leak could not be determined prior to the procedure.

Upon discharge Iris was instructed to rest, she could not lift anything over ten pounds and she had to avoid activities such as yoga that required inversion of her head. Iris’ symptoms began to improve a few days after the procedure and her Chiari Malformation decreased in size over the next several weeks. Her symptoms began to recur 8 weeks after the blood patch. She underwent a second blood patch with good results. Iris was fortunate to be diagnosed and treated effectively. If Iris did not receive an accurate diagnosis and appropriate care, her cognitive function could have continued to decline and she may have been at an increased risk for the development of a serious infection known as meningitis.

The National Organization of Rare Disorders states an overall incidence of CSF leaks is five per 100,000 people. However, the incidence is most likely an underestimate since not all CSF leak cases are diagnosed correctly. Men and women of all ages can develop a CSF leak with women having a greater occurrence. It is crucial to find a neurologist with the expertise to address your specific concerns.