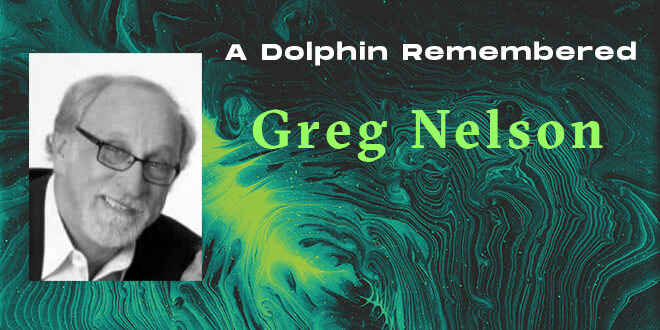 There must have been something in the sauce the year that Jacksonville University advanced to the 1970 NCAA Championship game. A rag-tag team of players from different backgrounds formed unbreakable bonds with one another and their school. Greg Nelson was one of them, and in that magical year, he found himself reaching for the net and for the stars. He never stopped.

Nelson, a graduate of the Class of 1971, passed away on Feb. 4, 2021, at the age of 71.  His reach and his vision will reverberate on campus for many years to come. Originally a scholarship player from the Midwest, Nelson found his way to this southern city on the St. Johns at a time of tremendous strife throughout the country. His actions both on and off the court would inspire all who knew him.  He was a maverick and an underdog, setting an example for many aspiring entrepreneurs and athletes.

“It was a tough time with racial issues and things happening all around us,” said teammate Artis Gilmore, Class of 1971. “But we were a family. We were young. We never thought we’d get old.”

Lifelong friends, Gilmore and Nelson kept in touch over the years, sharing a love for their time at Jacksonville University. “Our hearts and souls are part of this institution,” Gilmore added.

Perhaps that’s why Nelson was destined to return. After graduating, he became an owner, operator and consultant for various businesses, eventually acquiring a company comprised of 16 skilled nursing facilities. After selling that business, he could have easily retired. Instead, he set his sights on helping healthcare businesses achieve their goals, an endeavor that turned personal when his parents were in need of an assisted living facility. None of the ones he toured on their behalf met with his approval. They were bland, sterile, lacking the luxuries of home and the ability to infuse joy into the lives of their residents.

An idea began to form, one that would transform the stigma attached to many senior-living communities. In 2013, Nelson built a 51-suite assisted-living facility designed for an active population in an environment that was aesthetically pleasing and decidedly more comfortable. It was met with much acclaim and was soon filled to capacity.

He would eventually bring the same concept to the footpaths of his undergraduate years. In April of 2020, this now successful land developer and businessman opened Dolphin Pointe, a 100,000-square-foot, two-story facility located on a 55-acre site, just north of campus.

Reflective of Nelson’s vision for such facilities, Dolphin Pointe incorporates an elevated décor with a touch of elegance and luxury. It will also bring Jacksonville University graduate and undergraduate students together with the facility’s residents in an experiential learning environment that will benefit all involved.

At least, that was the original intention. Shortly after opening, Florida Gov. Ron DeSantis tapped Dolphin Pointe to serve as a regional isolation facility for the state’s COVID response. Since the facility was brand new and there were no occupants in residence, housing patients at Dolphin Pointe would not place an existing population at risk.

“I vividly remember watching Greg Nelson and Artis Gilmore lead the Dolphins to the NCAA tournament in 1970. When I returned to campus in 2012 to become the president of Jacksonville University, Greg and I, not only became friends, but partners because we both shared a love for this university and a passion to see it reach new heights. Greg was a visionary and a collaborator, always bringing people together to accomplish things that seemed impossible to many. He was honest and direct. You always knew where you stood with Greg. And he was generous with both his resources and his time. His leadership and steadfast support have been transformational for our university and for Arlington, and he will be greatly missed.”

Echoing President Cost, Jacksonville University Athletic Director Alex Ricker-Gilbert had this say: “It’s incredibly sad to hear the news of Greg’s passing. As a member of the 1969-70 men’s basketball team, he helped reshape the makeup of our city, and as an alum, he worked tirelessly to reinvigorate our campus community. He was an incredible ambassador of, not only athletics, but of Jacksonville University, and his transformational contributions beyond his time as a student-athlete will live on for decades to come.”

As Jacksonville University looks back on the life of Greg Nelson, the picture that emerges is one of friendship, generosity and unwavering support. He served on the Board of Trustees from 2010 to 2016 and was named one of the “80 Alumni You Ought to Know” in 2014. He was a member of Alpha Kappa Psi Fraternity and was a major supporter of the Brooks Rehabilitation College of Healthcare Sciences located adjacent to Dolphin Pointe, but more than that, he was there, always willing to lend a helping hand, to form a partnership, to lift others and the university up, just like he did in that championship game all those years ago.

Nelson leaves behind his wife of 25 years, six children, 13 grandchildren (soon to be 14), a nephew and his mother. He leaves behind a Dolphin family, his successful business ventures, his developments and innovations. He leaves behind a legacy of success, both on and off the court, and while No. 55 may now be permanently retired, life — for Greg Nelson — was nothing short of a slam dunk.