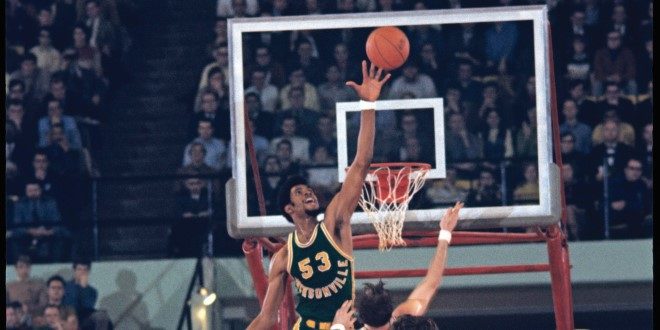 CBS Sports Network chronicles 1970 NCAA tournament run in “Jacksonville U: Can Do”

The CBS Sports Network documentary “Jacksonville U: Can Do” explores how the Dolphins’ 1970 NCAA title run helped unite a city dealing with racial unrest and trying to break free from its segregated past.

The one-hour documentary, which also celebrates Black History Month, debuts at 7 p.m. Sunday, Feb. 9. It recalls one of the most improbable NCAA tournament runs in college basketball history when Jacksonville University became the smallest school in the modern era to reach an NCAA Final.

See a preview of “Jacksonville U: Can Do”

Acclaimed stage and screen actor Terrence Mann, who was a student at Jacksonville University when the Dolphins made their historic run to the 1970 national championship game, narrates the documentary.

Highlights of the documentary include the Dolphins’ monumental victories over Big Ten Champion Iowa and top-ranked Kentucky.

It also describes how Coach Williams transformed a team that had been in the NAIA just five years earlier into the first team ever to average more than 100 points per game. When Coach Williams took over the team, it had an annual recruiting budget of $250 and played to crowds of less than 1,000, making the 1970 dream season an unlikely one in the minds of many sports fans.

“There would be dozens more Cinderellas at the Big Dance, but never another Jacksonville,” sportswriter Michael MacCambridge wrote years after the Dolphins lost the 1970 NCAA championship game to basketball powerhouse UCLA and its legendary coach, John Wooden.

Those interviewed for the film include: