Home » Topics » Academics » FIT LIFE: Is exercise the key to Fountain of Youth? 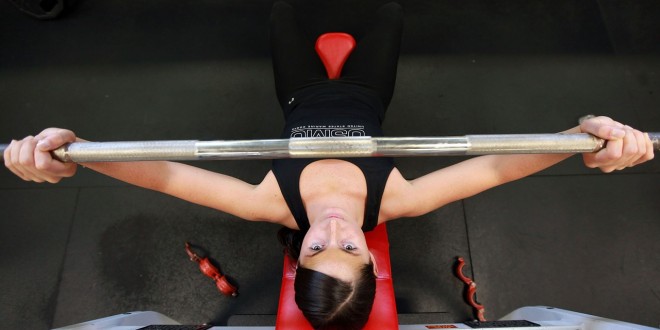 FIT LIFE: Is exercise the key to Fountain of Youth?

My birthday recently passed – not that I’

m going to reveal my actual age – but my brother texted me that I am halfway to 90. Most Gen X adults (those born between the early 1960s to the early 1980s), myself included, want to look and feel younger. But what are the best ways to try to capture this elusive fountain of youth?

Research clearly shows that people who regularly exercise live longer – about 7 years longer than their inactive counterparts. Also, according to research published in the Archives of Internal Medicine, exercise actually does make you younger—right down to your DNA.

When researchers studied the lifestyle habits and DNA of more than 2,400 twins, they found that regular exercisers had longer telomeres (a region of DNA that acts as a biological marker for aging) than their couch-potato friends. In fact, those who exercised about 30 minutes a day had telomeres that looked 10 years younger than those who exercised 16 minutes a week.

But do exercisers actually look younger than non-exercisers? Preliminary research from McMaster University in Canada found that regular exercise may help reverse some of the skin’s aging process. These researchers found that the skin of older adults (those 65 and older) appeared 20 to 30 years younger after taking up exercise for just three months. Not bad, eh?

And according to a large-scale survey conducted by Jacksonville University researchers, in partnership with Alcon, the global leader in eye care, Gen X adults reported that physical activity is the top thing they do to feel younger.

Although aging is not fully understood by science, exercising may help you look and feel like a younger version of yourself in no time. So until the fountain of youth is discovered, you have the tools for staying young in your own hands (and legs) by simply getting off the couch and going for a walk. Too bad Ponce de Leon didn’t know this.

Is snacking making me chubby?

Over the past 40 years, Americans have gotten dramatically fatter, putting them at greater risk for diabetes, heart disease, hypertension and many other chronic diseases. We know that our sedentary lifestyle is partly to blame. But another reason for the obesity epidemic is our increase in snacking, especially for kids. According to a study by researchers at the University of North Carolina at Chapel Hill, high-calorie snacking is a major cause of childhood obesity. Chips, candy and high-calorie snack foods account for up to 27 percent of the daily caloric intake for children ages 2-18. The Chapel Hill study found that children eat almost continually throughout the day. In fact, between 1977 and 2006, kids increased their caloric intake from snacks by an average of 168 calories per day, up to a whopping 586 calories per day. Experts recommend limiting snacks to once a day for kids older than 6, and the best snacks should contain fiber and proteins, along with fruits and vegetables.

Fit Life, by fitness and healthy aging expert Heather Hausenblas, associate professor of kinesiology in the Jacksonville University College of Health Sciences, appears each month in the Outside section of The Florida Times-Union. E-mail your questions to hhausen@ju.edu. For more on JU’s Department of Kinesiology, visit http://ju.edu/chs.