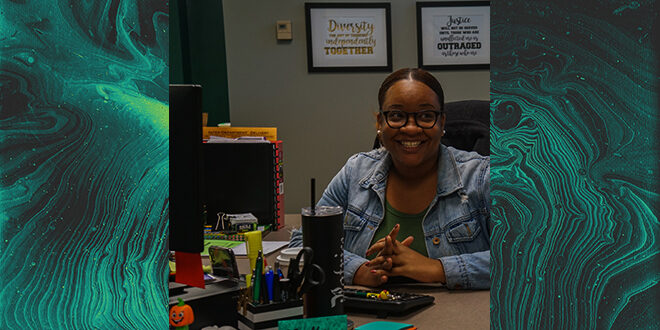 As part of its 2021 Black History Month programming, Jacksonville University successfully launched “Diversity and Discussion.” This conversational series is devoted to exploring issues of contemporary significance to the Black community. Each presentation was hosted by a moderator with expertise in or personal experience with their chosen topic, and a different topic was explored each week throughout the month of February.

Week one was hosted by Dr. Natalie Indelicato and Mr. Michael Robinson who led a discussion about the mental health impacts of racial battle fatigue. Their discussion described this stress response and offered self-care tips for mental health following racial trauma.

Week two was hosted by Dr. LaTonya Summers and Mr. Isaac Wells who discussed the intersection of spirituality and mental health in the Black community. The facilitators shared the use of religious coping and their personal journeys as they related to this topic.

Week three was hosted by Dr. Alyssa Zajdel and Ms. Melinda Rule who explored the intersection of social justice and sports. Their discussion examined the positive and negative impacts of athlete activism and how Jacksonville University can better encourage and support its student-athlete community.

Week four was hosted by Dr. Tom Geismar who spoke about running toward your biases. His presentation closed out the series and capped off what turned out to be a very impactful addition to the university’s Black History Month celebration.

According to director of student inclusion Patrice Abner, the series was particularly successful, considering it took place virtually. Originally named “Diversity, Discussion and Dessert,” it was hoped that hosts and audience members would meet informally to enjoy one another’s company and something sweet while exploring their topics. However, like so many other events changed by the pandemic, contingency plans were enacted. “Desserts” was dropped from the name, and the entire series was moved online.

“At least 20 people joined each conversation,” Abner said. “I think all the topics were important, and I feel like I learned something at each of them.”

“The only way forward is through, together. Black Americans had a lot of turmoil in 2020, and the only way for us to heal and grow is together,” Abner said. “I look forward to continued conversations past February and throughout the year.”

Allana Forte, senior vice president, chief culture officer, chief compliance officer and legal counsel for Jacksonville University echoed Abner’s sentiments. “It is important to recognize that Black History is American History. It is deeply rooted in the fabric of our society. While we celebrate this month, it is not confined to 28 days. Black stories are often overlooked and disproportionately under reflected in curriculum, books, and other historical frameworks. As an institution of higher learning, it is important to be intentional in thought, planning and impact to ensure, as a campus, we are teaching an accurate and thoughtful pedagogy, and we consider the importance of representation as we teach our students to be successful humans in the global marketplace.”

If participation in this year’s “Diversity and Discussion” series is any indication, there are plenty of JU Dolphins who agree. The “Diversity and Discussion” series is expected to return in 2021, hopefully with larger audiences, additional hosts and perhaps – with any luck – an opportunity to share thoughts and information in person, to bring people together, to foster understanding and camaraderie, which is what this series, and the university’s entire Black History Month celebration, is all about.