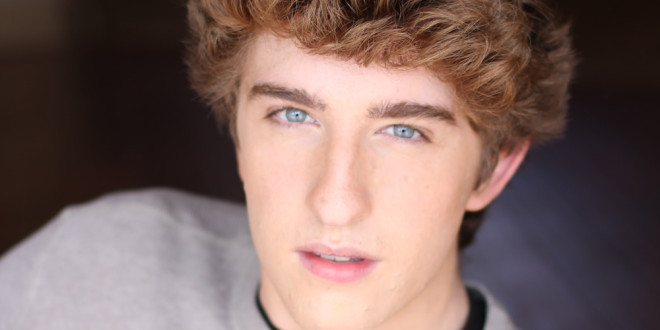 Junior Matthew Robertson will get special training and a close look at London’s historic West End this summer with Performing Arts Abroad.

The Musical Theatre training intensive in London’s historic West End (sometimes called the Broadway of London) begins this Friday, July 25, and runs into August. Robertson will study acting, singing, dance, stage combat and audition techniques with veteran West End performers, choreographers and directors—some of the best in the world.  The intensive workshops will be held in the same famous West End studios where professional productions are rehearsed.

Robertson, who is working on his BFA in Music Theatre, is a veteran JU performer, having been cast as a romantic lead as a freshman in the College of Fine Arts Theater Department’s production of “Eurydice,” Sarah Ruhl’s imaginative retelling of the Orpheus myth from a female perspective, and also in The Tony Award-winning play “The Drowsy Chaperone,” a clever tribute to the “Great American Musical” tradition, in 2014. Both were directed by JU theater Prof. Deborah Jordan.

“I chose JU not only for its great scholarship opportunities, but also because the music theater program is more music based with a heightened sense of individualism,” Robertson told the Wave in 2013.

Based in Northampton, Mass., Performing Arts Abroad (@PAAbroad) offers unique and fulfilling international performing arts programs to individuals and groups, enhancing understanding of our diverse world through the transformative arts of theater, music, dance and film. PAA sends students and professionals on trips for study abroad, internships, volunteering, and career workshops. PAA believes the experience of cross-cultural collaboration is invaluable for performing artists and is committed to providing international programming of the highest caliber to promote a more global perspective for its participants.