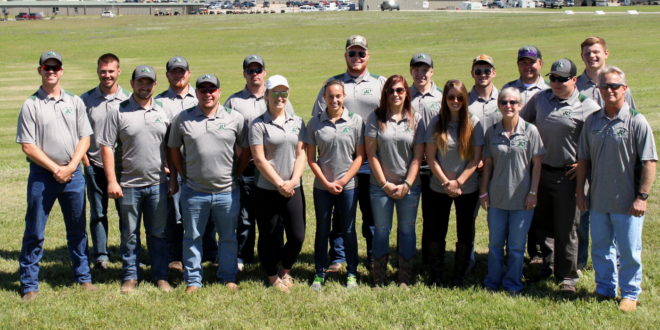 Seven seasons, 10 national event championships, several Olympic hopefuls, two individual National HOA Champions, too many Gold medals to list and hundreds of students excelling at teamwork and mentorship while learning the theory and academics of wing and clays shooting.

JU’s Varsity Shooting Team is now seen as a major force nationwide, holding its own and more against top universities. It is emerging as a key attraction for numerous new high-performing students interested in the country’s fastest-growing sport: recreational shooting, now a $23 billion industry with more than 48 million participants. (See list of accomplishments below.)

“If someone were to ask me about the level of our team, it’s not an exaggeration to say we are to the collegiate Clay Sports world what the likes of Alabama, Florida State, UF, Clemson and LSU are to the football world: we are a powerhouse,” said Head Coach and team founder David Dobson. “We recruit highly sought-after kids with very high GPA’s – honor students whom we help develop and succeed here and after they leave.”

The program’s origins date to 2009, when it began as a club, gaining full Varsity Team status in 2012.

Several hundred students have now passed through it, and it boasts a regular active roster of 45-plus members. Team headquarters are at the multi-million dollar, state-of-the-art Jacksonville Clay Target Sports facility on New Berlin Road, 10 minutes from campus.

Meanwhile, Dobson, co-chair of the Collegiate Advisory Board to the Scholastic Clay Target Program, entrepreneur and management skills consultant (and professional touring and studio blues guitar virtuoso to boot), runs the whole operation out of his office in Davis Student Commons. He guides team members, leads organizational meetings and brainstorming sessions — and shreds a scorching solo here and there on his ’57 Gibson Les Paul Custom or Paul Reed Smith if time permits.

He also attracts tens of thousands of dollars in donations annually for the team’s activities, and helps write grants for and plot subject material for JU’s Wingshooting academic program.

That’s right, the Varsity Shooting Team is about more than pointing shotguns from stands. It’s also about theory in the classroom – for team members or just those curious about shooting. Since 2010, three ascending levels of Wingshooting courses and an independent study course have been taught via the Kinesiology program in the Brooks College Rehabilitation College of Healthcare Sciences. 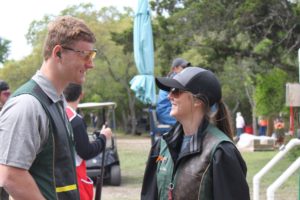 In the coursework, students learn about everything from the history and theory of shooting to eye dominance and shooting methodologies to manufacturing protocols and industry standards. A quick review of a syllabus reveals practical content related to gun safety, knowledge of gauges, ballistics, proper stance, gun mounting techniques, approved shooting methodologies, industry players and vendors, and the different types of Clay Sports (American Skeet & Trap, Sporting, and International). Then there are the esoterics of “Robert Churchill’s Theory of Allowance,” “Jon Bidwell’s Move, Mount, Shoot” and “The Dan Carlisle Triangle Method.”

“These courses help students gain an appreciation for the activity, become advanced in its applications, and then proceed to become mentors and instructors themselves,” Dobson said.

Dobson attributes the program’s success to a holistic approach that encompasses aggressive recruiting, superior teaching and mentorship, ownership and accountability.

“We take all comers, including grad students and veterans, with or without shotgun experience, and we train them. And a key to our continued success is that we allow the students to have 100 percent input into how we run the team,” he said. “They vote for their own captains, have their own executive committee, work on marketing us, do social media, set policies for the team’s charter and weigh in on disciplinary action. These students have shown themselves to be highly self-motivated, top performers.”

Below are just a few of the achievements of the Jacksonville University Varsity Shooting Team: