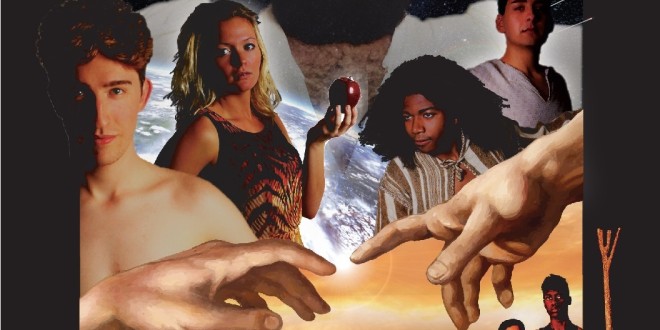 “Children of Eden,” an inspirational, foot-stomping musical that takes a look at timeless conflicts between parents and children through the prism of the Bible’s story of Genesis, opens March 3 for a two-weekend run at Swisher Theater on the JU campus.

The family-friendly production was created by musical theater greats John Caird and Stephen Schwartz, the latter of whom is best known for his music and lyrics for “Wicked” and “Pippin.” The story examines centuries-old unresolved “family business” using Biblical characters such as Adam, Eve and Noah, all in an expansive and ambitious approach. “This is a really uplifting and memorable show, with singable tunes and a story that speaks to everyone at any place in their life,” said director Kimberly Beasley, JU Assistant Professor of Voice in the College of Fine Arts. “It is about families, love, forgiveness and discovery. The students in the cast wrote a theme that encapsulates all of this: ‘Children of Eden sparks a journey of understanding in order to empower others with the freedom of discovery.’ ”

The two sets of casts being used for the musical, which have been rehearsing for seven weeks, are made up of 30 JU voice, dance and theater majors, and the orchestra pit uses both community and JU players.

According to publicity material for the musical: “Adam, Eve, Noah and the Father who created them deal with the headstrong, cataclysmic actions of their respective children. The show ultimately delivers a bittersweet but inspiring message that ‘the hardest part of love… is letting go.’ Children of Eden is known for drawing faith-based groups looking for a large-scaled pageant with sweeping music.