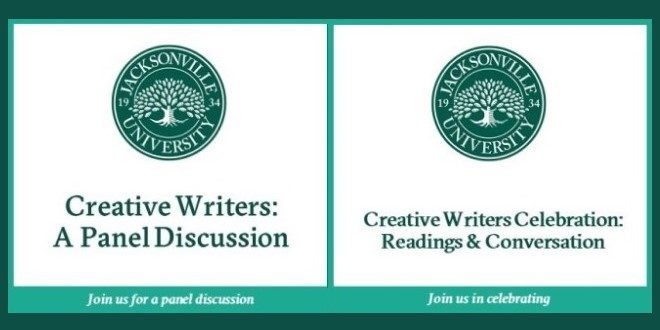 Jacksonville University professors who are also successful authors, poets, and illustrators will discuss their works and their craft during two Creative Writers events on Wednesday, Feb. 26, and Thursday, Feb. 27.

From noon-1 p.m. Wednesday in Room 145/146 of the Brooks Rehabilitation College of Healthcare Sciences (BRCHS), the Creative Writers panelists will engage in a discussion of their craft. The entire University community is invited. If you intend to attend, please RVSP.

From 4:30-6 p.m. Thursday in the BRCHS Lobby, we will Celebrate Creative Writers with readings and conversation from the five panelists moderated by Dr. Douglas Hazzard, Associate Professor of Spanish. Please RSVP if you plan to attend.