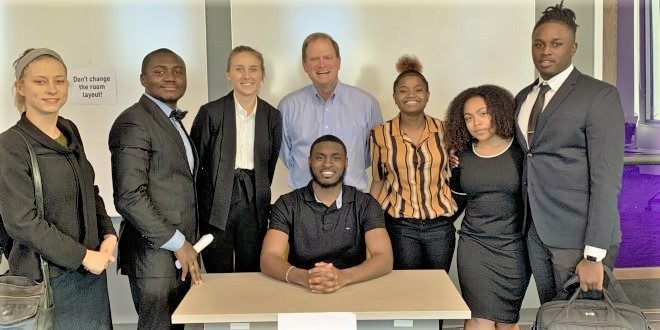 Although the team didn’t qualify to move on to the next round of the 2020 AMTA Tournament, team faculty advisor and Dean of the College of Arts and Sciences Dr. Matt Corrigan said they competed well and gained invaluable experience for their next attempt.

“The students learned a tremendous amount about analysis, teamwork and presentation in the 12 hours of competition required over the two-day tournament,” Dr. Corrigan said. He said the team plans to enter two competitions next year.

The team is part of the recently re-established Jacksonville University Pre-Law Society, which has 45 members and support from Dolphin alumni who are currently lawyers.