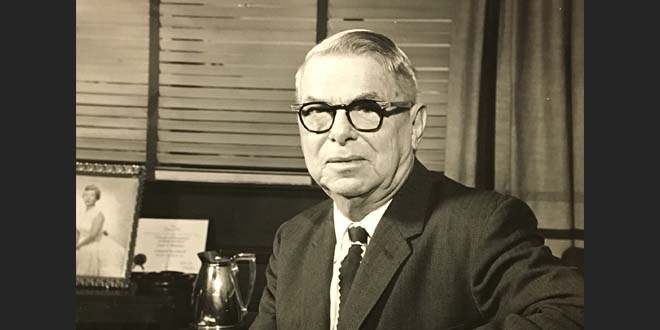 Jacksonville University (JU) is pleased to announce receipt of a $6 million unrestricted gift from The Carl S. Swisher Foundation.

“At this time of exciting progress at our University, we are extremely grateful to receive this transformational gift,” said Jacksonville University President Tim Cost. “We’re energized, as an institution, by the confidence placed in us by the Trustees of the Swisher Foundation. An unrestricted gift of this magnitude is a rare opportunity to move our University forward, accelerate our momentum, and fuel our progress.”

The Swisher name is synonymous with service, support, and generosity at JU. The late Carl S. Swisher, among the University’s first major donors, has been integral to University progress since its earliest years. He was a driving force behind the original acquisition of the land for the current Arlington campus and decades of Swisher philanthropy is mapped across its riverfront acreage, including the Carl S. Swisher Library and Historic Swisher Gymnasium.

Swisher served many years as a Jacksonville University Board of Trustee member and chairman, valued committee member, influential Jacksonville business leader, and longstanding champion of higher education. From the first residence halls on campus to supporting the Jacksonville University Marine Science Research Institute, the Swisher giving legacy has been pivotal. The Foundation’s lifetime giving to the University is nearly $10 million, much of which has funded student scholarships.

Swisher Board of Trustee member Ken Anderson said, “The level of commitment we are demonstrating is a testament to Carl Swisher’s vision for this University’s role as an important anchor in the community. The pace of the University’s progress in recent years is remarkable. We firmly believe a strong Jacksonville University positively impacts our city and the region. Swisher is proud to play a role in JU’s rise to excellence.”

Kimberly Jones, Senior Vice President for University Advancement, said, “In our 84-year history, few partners have supported Jacksonville University in as many deep and meaningful ways. As the institution entrusted with amplifying his legacy, we are humbled and greatly honored. This generous gift, coupled with what Mr. Swisher and the Trustees have invested over more than 75 years, will make an immeasurable and lasting impact on Jacksonville University and our students.” 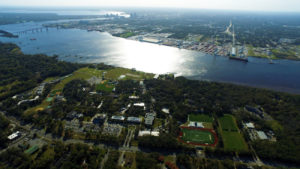 Jacksonville University recently completed the largest comprehensive fundraising campaign in its history. The campaign, ASPIRE, raised over $121.4 million, thanks to more than 14,000 supporters.