Home » Topics » Academics » The U.S. Constitution: Get to know it Nov. 17 with legal expert Garrett Epps 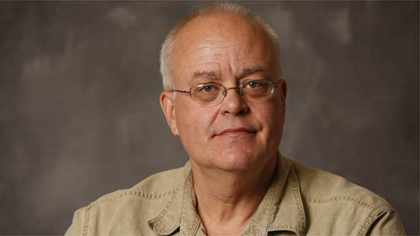 The U.S. Constitution: Get to know it Nov. 17 with legal expert Garrett Epps

Renowned legal expert and author Garrett Epps will put the U.S. Constitution under the microscope in a presentation Monday, Nov. 17, at Jacksonville University.

Epps, author of the 2013 Silver Gavel Award finalist “American Epic: Reading the U.S. Constitution,” is a Professor of Law at the University of Baltimore School of Law, was the Supreme Court correspondent of The Atlantic Online and a staff writer for the Washington Post. His speech from noon to 2:15 p.m. in Gooding Auditorium on the JU campus is presented by the JU Division of Social Sciences and is free to the public.

In a wry, original and scholarly presentation, Epps analyzes what the Constitution says and does not say, and offers a window into appreciating its power.

Americans may venerate the Constitution, “but all too seldom is it read,” according to Epps.

Epps has also written for the New York Times, The New York Review of Books, The Nation, The New Republic and the American Prospect. He holds an LL.M. in Comparative and International Law and a J.D. from Duke University, where he served as articles editor of Law and Contemporary Problems, graduating with the Willis Smith Award for the highest three-year academic average.

Before attending law school, Epps earned his M.A. in English Writing from Hollins College and his B.A. from Harvard College, where he was editor of the Harvard Crimson. Two of his earlier books, “Democracy Reborn” and “To An Unknown God,” were also finalists for the American Bar Association’s Silver Gavel Book Award.