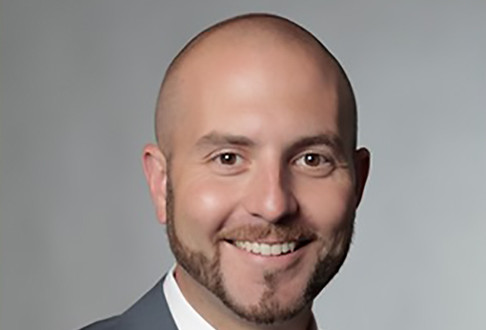 The event Feb. 17 was part of the Davis College of Business‘ CEO Speaker Series. Frisch began with an open discussion on how he helped bring the company that his great uncle started to the level it is now (approximately $140 million in inventory, $40 million of which is shrimp), and his vision for the future.

Frisch has helped lead BSF to unprecedented growth both locally as well as internationally. With his determination and drive, the Sea Best brand has grown to one of the top 10 seafood companies in North America. Frisch provided insight into how he has succeeded in growing a family-owned business while keeping the family dynamics whole.

One of Frisch’s largest undertakings was that of the re-branding process of the Sea Best brand. The goal was to grow the brand from local to national recognition. The re-brand was not without pitfalls, but with the assistance of a local marketing firm, they were able to complete the transition, he said. It was this re-branding process that brought the company its greatest growth in sales to date, an increase of 41 percent since 2009. The company currently has roughly a 70-30 split between retail sales and restaurant sales, respectively, the complete inverse of only 15 years earlier.

Frisch stressed many times how difficult it can be to prevent company decisions from affecting the relationship you have when working with and for family members. However, it was also this difficulty that he credited with giving him a better insight into how to operate the company. One of his favorite sayings is “make people uncomfortable,” as this will show you what people are made of.

Frisch also discussed the importance of philanthropy. He believes that giving back to the community you live in helps drive brand loyalty among customers. The company sponsors the Jacksonville Sharks of the Arena Football League, who play their home games on Sea Best Field in the Jacksonville Veterans Memorial Arena. They also sponsor the NFL’s Jacksonville Jaguars, the Jacksonville Suns, the Tournament of Players Championship and Jacksonville University. These community and sports sponsorships improved employee morale within the organization, he said.

As professional soccer was recently brought to Jacksonville, Frisch is at the helm of the leadership group behind franchising the Jacksonville Armada.

One of the key points Frisch discussed was to always make people in your organization feel included. Also, be genuine in your inclusion and ensure active participation in organizational meetings and activities.

Frisch explained that hard work does not go unnoticed. When giving it your all, there are two key qualities he believes it takes to become a success in whatever you do. The first is to be a listener. Frisch added, “Listen to everything and everyone and don’t just listen to success stories, but also listen to failures, and find out why they failed.”

The other quality of success is humility. Frisch believes it is very easy to see and find out who you don’t want to be, and to work on becoming someone else. Frisch exhibited his humble nature due to the language and choice words he utilized when speaking at JU. Words such as earned, showed, shared, worked, and the most important…we and they, rarely using I when speaking of accomplishments. This is a great leader, one who exhibits the compassion for his employees, and it was an honor to host such a prime example of leadership at Jacksonville University.

Mike Charrie is a Jacksonville native, and is currently a full-time student in the Accelerated MBA Program along with being a member of the Brumos Circle of Excellence at Jacksonville University. His undergraduate degree is in Sport Management from Flagler College. Between stints of furthering his education, Mike worked extensively in the golf industry and made his way to the United States Golf Association for a few years. When completing his MBA, he desires to combine both degrees and work in sport finance, or a similar field. His ultimate goal is to own a business alongside his career.

Sam Helms is a business student in the Accelerated Degree Program at Jacksonville University. Helms was honored as part of the “Top 40 Business Students” by Advantage Business Magazine in the fall. A military veteran, Helms enjoys his current work environment at Johnson & Johnson Vistakon because management is concerned for the welfare of the employees, as well as ensuring that the business remains a viable force in its industry. His interests include almost all sports, motorcycles,and music. He is also an “On-Air personality” for an Internet radio station, doing a weekly two-hour show that presents music from around the world.